What Happened To British Asia Airways?

British Airways is one of the most widely recognized airlines around the world. Everything from the name to the livery is well-known. What is perhaps less well known is a short-lived subsidiary of the airline called British Asia Airways. We’ve uncovered the history behind British Airways’ less famous little brother.

However, fast forward just ten years, and in December 2001, British Asia Airways no longer existed. The Boeing 747s were either scrapped or repainted and joined British Airways’ main fleet. But, what happened to the subsidiary, and why did British Airways need it in the first place?

In reality, British Airways wasn’t the only airline to create a subsidiary carrier to fly to Taiwan. A few years earlier, in 1990, Qantas set up Australia Asia Airways to connect Australia to Taipei, Taiwan. Even earlier than that, in 1975, Japan Airways set up Japan Asia Airways for exactly the same reasons. Other airlines, including KLM, Air France, and Swissair, also set up specific subsidiaries for flights to Taiwan.

The reason behind the new airlines was due to political tensions. At the time, the People’s Republic of China saw the Taiwan region as a breakaway province, not a free territory. As a result, the Chinese Government created a law stating that any national carrier which operated flights to China could not operate flights into Taiwan. The embargo worked both ways. If an airline operated in Taiwan, the Chinese government would reject any flights to China.

So, airlines had to choose, the whole of mainland China or Taiwan. Instead, many airlines chose to create subsidiary carriers that did not carry the symbols of the national carrier’s livery. British Asia Airways dropped the Union flag livery for one showing Chinese symbols on the tail. Qantas dropped the kangaroo symbol for a ribbon design.

As a result, the subsidiary airlines did not suggest that their home nations supported Taiwan’s claim of independence. They were simply airlines operating flights to Taiwan. National carriers continued flights to China carrying their home nations symbols. However, in December 2001, British Airways ceased operations in Taiwan, and as a result, British Asia Airways was indefinitely grounded.

But British Asia Airways melted back into the folds of its parent airline. British Asia Airways operated Boeing 747-436s, including registrations G-BNLZ, G-CIVE, G-CIVA, and G-CIVB. According to Planespotters.net, most have now been scrapped or stored. At first, they were repainted and re-joined British Airways’ main fleet with the classic livery.

British Airways announced earlier this year it would be retiring its entire 747 fleet. However, one of the British Asia Airways 747s has been preserved by the airline rather than being scrapped. Registration G-CIVB is being stored at a UK airport to be used for events, tours, and filming. 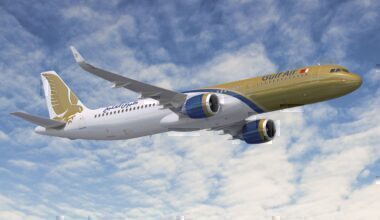 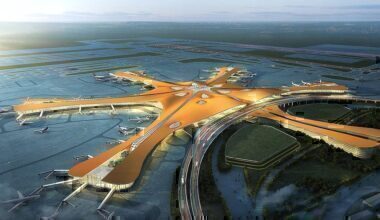