A Nationalization Of Brussels Airlines Could Be On The Cards

Brussels Airlines, a member of the Lufthansa Group, is reported to be in ‘virtual bankruptcy’. Today, it seems the airline could be exploring extreme options to try and remain afloat. One option on the table is a re-nationalization of the airline; something that it is said to be investigating with a high-level group of experts.

Brussels Airlines, a 100% owned subsidiary of the Lufthansa Group, is in significant financial difficulty. According to French-language news service LN24, the airline is considered to be in ‘virtual bankruptcy’ as a result of the coronavirus outbreak. As such, it is seeking help from a team of financial experts to determine the best way forward.

According to the report, this group is led by Pierre Wunsch (National Bank), Koen Van Loo (SFPI) and Olivier Vanderijst (SRIW), among others. The team is considering a number of options for the European carrier, one of which is to re-nationalize the airline.

While Brussels Airlines in its current form has never been state-owned, its predecessor Societé Anonyme Belge d’Exploitation de la Navigation Aérienne, or SABENA, was. When SABENA went bankrupt in 2001, the newly formed SN Brussels Airlines took over some of the airline’s assets and then merged with Virgin Express in 2007 to become the Brussels Airlines we know today.

Simple Flying spoke to Brussels Airlines about its current situation. The airline told us,

“Brussels Airlines is not bankrupt. Belgium’s home carrier, and affiliate of the Lufthansa Group, has as of the start of the crisis taken immediate drastic measures to protect its cash position to a maximum extend. In addition, already before the crisis, Brussels Airlines started implementing its restructuring plan “Reboot” aiming at structural profitability as of 2022. The airline continues working on this plan to create a sustainable future for its company.

“What we can however confirm is that – just like many other airlines in the world- also Brussels Airlines is heavily affected by the consequences of this unprecedented Coronavirus crisis. Next to acting fast by taking drastic measures, like the temporary suspension of all its flights until April 20th or the implementation of full temporary technical unemployment for all its staff members, the Brussels based airline is also in discussion with the Belgian government for state support.”

According to sources close to the airline, Brussels Airlines urgently needs €200m ($218m) in liquidity. However, the recapitalization plan in place means the real rescue figure could be as high as €290m ($315m).

A fortnight ago, the airline was reported by the Brussels Times to have approached its government for €200m in aid. This came after the airline was forced to ground all its flights amid widespread lockdown in response to the pandemic. Representatives of the airline along with Arnaud Feist, the CEO of Brussels Airport and representatives of TUI Belgium met with prime minister Sophie Wilmes to request support.

However, it seems no support was forthcoming, and as such, the airline has been pushed to seek other solutions to the crisis.

With more than 3,500 workers directly employed by the airline and 40% of the traffic at Brussels Airport, Brussels Airlines is crucial to the Belgian economy. As well as direct employees, the airline supports many thousands of jobs in the aerospace sector, including at ground handling companies, tourism organizations and, of course, its MRO provider Sabena Aerospace.

Lufthansa to the rescue?

With Brussels Airlines in danger of collapse, Belgian eyes are turned towards its German parent company Lufthansa. However, Lufthansa is in trouble itself, and is unlikely to be willing or able to offer support.

With over 90% of its fleet grounded, the German aviation group is facing its own financial challenges. Just today, the Daily Sabah reported that more than 60% of its workforce would be placed on shorter hours, as the airline struggles to maintain its position amid slumping travel demand.

With no spare cash anywhere in the industry, governments are under increasing pressure to step in and save their airlines. Several other nations are contemplating the nationalization of their main airlines, including Germany.

Would nationalizing Brussels Airlines be the right move for the nation? Let us know your thoughts in the comments. 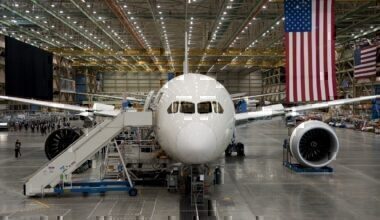 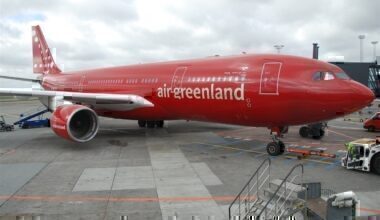 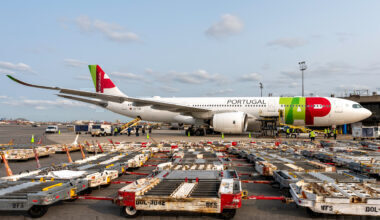