Have you ever wondered if aircraft cockpit windows can be opened? The simple answer is yes, when on the ground, for many aircraft types. This is mainly for emergency use but serves a few other purposes too. Let’s take a brief look at this.

Opening on some aircraft types – for emergencies

On many aircraft types, the side windows in the cockpit can be opened. The main reason for this is not for ventilation or vision; it is related to aircraft safety law. All aircraft should have a secondary exit available from the cockpit, to be used if the cabin door (and hence the main fuselage emergency exits) cannot be used.

On some aircraft, including the Boeing 747 and the newer Boeing 787 and Airbus A350, this exit requirement is met by installing a hatch in the cockpit ceiling. Pilots (and other personnel in the cockpit) can exit the aircraft through the hatch, and descend to the ground using ropes.

On most other aircraft, this requirement is met with opening windows. The Airbus A320 family, A330, A340, and A380 all have opening windows, as does the Boeing 737 family, the 757, 767, and the 777. A panel near these windows usually contains an escape rope. This is thrown out of the window to aid descent to the ground.

On most modern aircraft, the opening procedure is the same. The window is unlatched, and it then slides inwards into the cockpit and opens to the side.

A few other uses

Another major function of opening windows is to provide forward vision in the event of damage to the main cockpit window. If the window is damaged by a bird strike, icing, or volcanic ash, for example, it would be possible (at low altitude and with a depressurized cabin) to open the windows to see ahead.

In this video from blog Mentour Pilot, a Boeing 737 pilot explains how this would work. He notes that while it would be very noisy, it would be possible as the aerodynamics of the nose creates an area by the windows of much lower airflow.

Opening windows also provide a great way to get fresh air into the cockpit when on the ground. The crew will often also use them to communicate directly with ground staff. And there are many cases on special flights where the open windows have been used to display flags or banner. A great use, but certainly not a design feature!

For some more interesting reading on aircraft windows, take a look at some of our other articles. We have covered which aircraft have the largest (passenger) windows, and also this case of a cracked window on a Spicejet aircraft. Feel free to share your comments below. 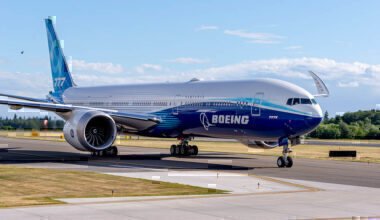 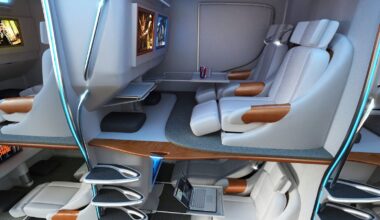 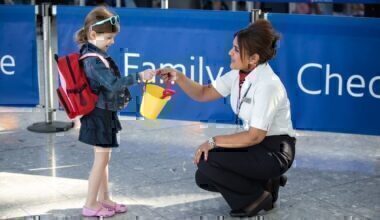