On October 28th, low-cost startup airline Canada Jetlines issued a press release announcing that it was unable to secure C$40 million in funding from two investment groups. As a result, it will not take delivery of its first two Airbus A320s and it’s December 17th launch date has been pushed back indefinitely.

The funders who had initially committed – SmartLynx and InHarv ULCC Growth Fund – were not satisfied that the company had met their conditions and, as a result, “have exercised their rights to terminate their investment commitments”.

In the press release, Canada Jetlines had the following to say:

“One of the principal concerns encountered by Jetlines team while engaging with investors is that they believe the existing dominant members of Canada’s aviation duopoly will react very aggressively once the company starts operations, and in fact have already done so in anticipation of Jetlines entry into the market.”

The airline press release goes on to provide six facts that demonstrate how Swoop is strategically setting itself up against Canada Jetlines. This, the airline says, is “pricing below avoidable costs” in an attempt to starve out the competition.

Swoop is a sub-brand of WestJet and thus has deep enough pockets to price its flights below what Canada Jetlines could afford to charge. Jetlines is taking its case to Canada’s Competition Bureau for investigation.

We reached out to Swoop/WestJet, which had the following remarks:

“WestJet refutes these allegations and will not provide comment on this competitor’s business matters.”

Canada Jetlines goes on to say that it will “lay off most employees except for a core team lead by the Executive Chairman who will continue meeting with investors trying to secure financing”. Then, once funding is secured, it will rehire again.

Furthermore, Jetline CEO Javier Suarez, is stepping down and resigning from his position, forcing the search of a replacement CEO.

“It is very unfortunate that we have to postpone our launch date. We have built as much as anybody can without access to more capital. We have invested in bringing on board the most talented people who have done an incredible job putting together our operations manuals and systems, our brand, website and all other commercial components needed for launch.” -Mark Morabito, Executive Chairman, Canada Jetlines

According to a Business in Vancouver article, industry insiders have already been skeptical for some time that this airline would be able to launch.

The Canadian aviation scene – a duopoly?

Many consider the Canadian aviation market to be mainly a duopoly consisting of Air Canada and WestJet. This is even more evident with Air Canada’s recent purchase of leisure carrier Air Transat.

The lack of competition, many allege, is the reason for the steep prices Canadians find themselves paying. This is especially true when compared to American counterparts flying the same distance south of the border.

Unfortunately, this most recent news looks like a fairly major ‘bump in the road’ for Canada Jetlines. Do you think this is the beginning of the end or does the startup have a valid case to take to the Competition Bureau to lure back investors? A second question (mainly for Canadians out there), is our assessment of the Canadian aviation market accurate? Let us know in the comments!

We reached out to both Swoop and ultra low-cost carrier Flair for a reaction to this latest news. We’ll update the article if or when we receive a response. 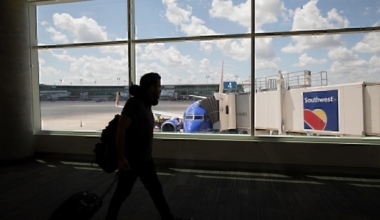 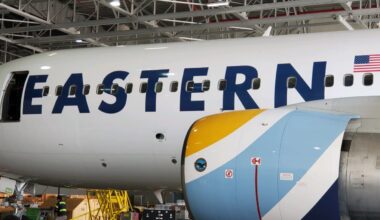