The Douglas DC-4 was an important aircraft at the end of and after the Second World War. The military C-54 ‘Skymaster’ version was an aircraft type that featured prominently in the Berlin Airlift, and the civilian DC-4 saw airline service all around the world. But did you know that Canada had an upgraded DC-4? This is the story of the Canadair North Star.

The decision for Canadair to produce an upgraded DC-4 known as the North Star was the result of a company takeover. Specifically, the group took over the operations of Canadian Vickers in November 1944. In doing so, it inherited a contract that Canadian Vickers had obtained, which required the production of an upgraded version of the Douglas DC-4.

The DC-4, as a production aircraft, had made its first flight in February 1942. Amid the chaos of the Second World War, this propeller-driven airliner, powered by four radial piston engines, entered service that year with United Airlines. Douglas produced just 80 civilian examples, compared to nearly 1,200 military variants like the C-54 ‘Skymaster.’

How did the North Star differ to the DC-4?

We have established that re-engining the DC-4 to produce the Canadair North Star resulted in better performance, but what exactly were the specifics of this alteration? Canadair opted to switch out the original DC-4’s existing radial piston engines for powerful Rolls-Royce Merlin V12s, which it mounted in Universal Power Plant (UPP) installations.

Otherwise known as ‘power eggs,’ these UPPs contained not just the engine itself but all of its ancillary equipment. These installations expedited quick-change engine swap procedures through their use of standardized attachment points and connectors.

In addition, Canadair drew inspiration from other Douglas designs when it came to producing its upgraded DC-4. For example, its nose and landing gear came from the DC-6, with middle fuselage sections and wing panels being taken from the military C-54.

Earlier this week marked the 75th anniversary of the Canadair North Star’s first flight. The aircraft took to the skies for its maiden voyage on July 15th, 1946, and entered service later in the year. Canadair produced 71 examples of the type between then and 1950.

These aircraft flew for various commercial and military operators. Correspondingly, they were also referred to by a range of different names.

Canadair primarily developed the aircraft for Trans-Canada Air Lines, which was the country’s flag carrier at the time. This airline operated the original DC-4M.1 version of the North Star. However, Canadair also produced a pressurized version, known as the DC-4M.2.

This variant accounted for more than 50 examples of the production series as a whole. Elsewhere in Canada, Canadian Pacific Airlines referred to its North Star aircraft as the ‘Canadair Four.’ British Overseas Airways Corporation (BOAC) called its examples ‘Argonauts.’

There was one example operated by the Royal Canadian Air Force (RCAF) that didn’t have the Rolls-Royce Merlin B12 engines. Canadair fitted this aircraft with Pratt & Whitney R-2800 ‘Double Wasp’ radial engines, in an attempt to reduce cabin noise.

These could also be found on the Douglas DC-6, from which the North Star drew some inspiration. Finally, Canadair did propose a stretched maritime patrol variant known as the CL-49. However, 1952 saw the RCAF opt against it in favor of the Bristol Britannia.

The RCAF deployed its unpressurized North Stars on various transport duties, in which they became infamous for their high cabin noise levels. This is what led to the aforementioned re-engining of a C-5 version with Pratt & Whitney radial powerplants.

This particular example flew for the RCAF from 1950 to 1967, even carrying out VIP transport duties. Despite the North Star’s notorious reputation for noise, it proved a reliable workhorse for the RCAF, and saw service in conflicts including the Korean War.

These aircraft had an impressive safety record, and flew for more than 1.9 million miles (many of these on transpacific trips to Korea) for the RCAF without a single fatal accident. The RCAF retired them in the 1960s and ’70s, as they had become surplus to requirements.

As far as commercial service was concerned, Trans-Canada Air Lines received 20 North Stars in 1947 and 1948. As well as flying the type domestically, TCA also deployed them on flights to the neighboring US. They even flew to Europe, although this ceased in 1954.

Noise complaints regarding the type persisted at TCA as they had done with the RCAF. As such, engineers at the company developed an exhaust crossover that saw cabin noise levels drop six to eight decibels, to 102 decibels by the window, and 93 for aisle seats.

BOAC received all 22 of its North Stars during 1949. It referred to them as the ‘Argonaut’ class, and gave each of them a name beginning with A. The carrier deployed them on long-haul services to destinations ranging from South America to the Far East until 1960.

Even after the North Star’s career at its headline operators like TCA and BOAC came to an end, the type still had life in it yet. Having left such carriers, the aircraft flew for several smaller UK-based airlines, such as British Midland. Other examples underwent cargo conversions. The final North Star-operated flight touched down in Miami in June 1975.

Despite the North Star’s reliability as a military aircraft, and widespread commercial service in the airline industry, only one example of the type has survived to reach preservation. The aircraft in question is an ex-RCAF model of the C-54GM variant.

The preserved aircraft is presently being restored in the Canadian capital of Ottawa, Ontario. Based at the city’s Canada Aviation and Space Museum, it will provide visitors a timely reminder of Canadair’s ability to have enhanced the Douglas DC-4’s performance. In doing so, it created a reliable aircraft that nicely filled both commercial and military niches.

Did you know about the Canadair North Star? Perhaps you’ve even seen or flown on one? Let us know your thoughts and experiences in the comments! 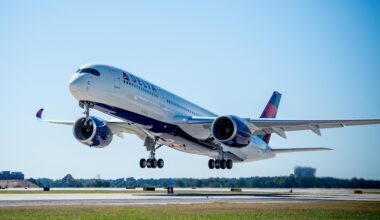 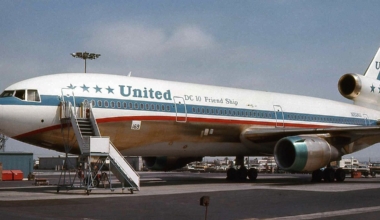 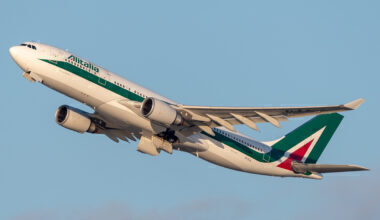