Two de Havilland Dash 8s have recently suffered gear extension issues while operating in Canada. The aircraft belong to Jazz (operating for Air Canada) and WestJet Encore, both of which had to perform alternate gear extensions due to the gear mechanism issues. Let’s find out more about these incidents.

The incident occurred on Monday (November 2nd), during flight WS-3298 from Prince George to Vancouver, according to The Aviation Herald. The plane involved in the incident is a 5.4-year-old de Havilland Canada Dash 8-400, registered C-GEEN. According to Planespotters.net, the plane was delivered new to WestJet Encore in July 2015 and has since been in service.

During the flight, the crew received a hydraulic caution warning, causing them to inform air traffic control of a potential issue. The flight then descended to 10,000 feet and the crew completed the need checks, opting for an alternate gear extension. The gear extension worked and the plane landed safely in Vancouver. There were no injuries among the 16 passengers and four crew.

Maintenance later found a leaking “nose gear down lock hydraulic actuator flex line,” which has since been replaced. However, this isn’t the first time this aircraft, C-GEEN, has faced hydraulic issues in the recent past. Just under a month ago, the same plane had to return to Calgary after facing multiple instrument faults, along with hydraulic and gear extension issues while landing.

A Dash 8 operated by Canadian regional airline Jazz also faced landing gear issues in the last few weeks. The plane involved in the incident is a 29.2-year-old de Havilland Canada Dash 8-300, originally in October 1991, according to Planespotters.net. The aircraft has been in service with Jazz Air since 2007, before Air Canada Express formally took control in 2018.

According to The Aviation Herald, the plane was flying from Grande Prairie to Calgary for Air Canada Express as QK-8478 when the incident occurred. During the aircraft’s approach in Calgary, the crew faced multiple gear warning lights when trying to lower the landing gear. The warnings prompted the aircraft to go around and complete the needed checks.

An alternate gear extension was performed and the aircraft landed safely in Calgary, with no injuries among the 26 onboard. Maintenance teams on the ground replaced the gear selector panel despite no faults being noted and subsequent gear swings showed the gear working normally.

While multiple incidents of the same aircraft type can raise concerns, in this case, it seems the reasons were different. While both performed alternate gear extensions, the warning indications were for hydraulics in one and gears for the other. It should also be noted that the aircraft after both different variants, Dash 8-400 and -300, and with varying age.

Both planes will likely undergo extensive checks before returning to service. Overall, the de Havilland Dash 8 has a long history as one of the safest aircraft in the sky. 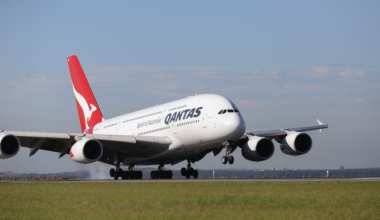 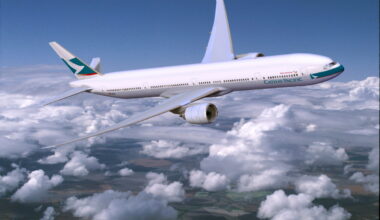