Vancouver-headquartered carrier Canadian Pacific Air Lines enjoyed 45 years of 20th-century operations, spanning from 1942 to 1987. In the latter part of this period, beginning in 1968, it operated under the more concise name of CP Air. It was also during this era that it flew four examples of the Boeing 747-200. Let’s take a closer look at their stories.

According to data from ATDB.aero, the first two of Canadian Pacific’s four 747-200s joined the airline in 1973. The maiden arrival came in the form of C-FCRA, which joined the airline in November that year. A month later, the arrival of C-FCRB doubled the carrier’s 747-200 fleet size. These jets had consecutive serial numbers, namely 20801 and 20802.

In terms of the specific variant that the two new arrivals belonged to, they were both examples of the 747-217B. The ‘B’ suffix designates the fact that the model was a basic passenger version of the 747-200, with no specialized cargo-carrying or ‘combi‘ capabilities.

Both of the 1973 arrivals had similar fates. After serving Canadian Pacific for over a decade, each of them left to serve Pakistan International Airlines in the mid-1980s. C-FCRA was re-registered as AP-BCN by PIA in June 1985, while C-FCRB became AP-BCM in May 1986. The former was scrapped in Karachi in 1999, with the latter suffering the same fate in 2002.

1974 heralded the arrival of another two examples of the Boeing 747-217B at Canadian Pacific. Much like the pair that had preceded them, they joined the carrier in November and December of that year. Their registrations were C-FCRD and C-FCRE. However, their serial numbers were not consecutive, with a gap of one between 20927 and 20929.

Both of these quadjets also ended up at PIA. C-FCRD joined the carrier in 1985, although it also briefly flew for Braniff in 1978. It was scrapped in Karachi in 2002 following an engine fire in Jeddah in 2000. It was reportedly earmarked for museum preservation in Pakistan.

As for C-FCRE, this quadjet had a more varied life. It left Canadian Pacific for PIA in 1985, and spent two decades based in Pakistan. After leaving the carrier in 2005, it was briefly owned at different times by the likes of Orange Air and Richard Trudell Inc. After a canceled acquisition by Orient Thai Airlines, it has reportedly sat derelict in Rayong, Thailand since 2007.

A rare family in Canada today

The Boeing 747 series as a whole is now an extremely rare aircraft family when it comes to Canadian-registered examples of the ‘Queen of the skies.’ The country has no registered 747-200s left today, and, in fact, just two 747s of any kind. These are both examples of the short-fuselage 747SP, and serve as testbeds for engine manufacturer Pratt & Whitney.

According to data from ch-aviation.com, these classic quadjets are each over four decades old. C-GTFF, an ex-Korean Air 747SP, clocks in at 40.96 years of age. Meanwhile, the ex-CAAC and Air China example, registered as C-FPAW, is a little older, with 41.52 years on the clock.

Did you know about Canadian Pacific’s Boeing 747 fleet? Perhaps you even flew on one back in the day? Let us know your thoughts and experiences in the comments! 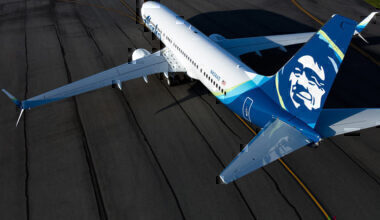 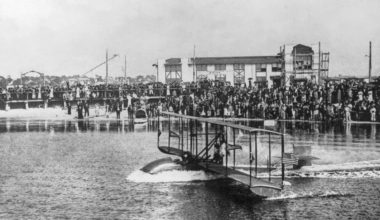