Cathay Pacific’s Cathay Dragon was slated to receive 32 Airbus A321neos. These aircraft were intended to replace the existing Airbus A320ceo family fleet. However, Cathay Pacific has altered this order so that 16 of the 32 remain with Cathay Dragon. The other 16 A321neos, meanwhile, will go to HK Express, according to reporting from FlightGlobal. This comes after Cathay Pacific acquired the low-cost carrier.

According to Cathay Pacific’s fact sheet, HK Express currently operates eight Airbus A320 aircraft, 11 Airbus A321s and five Airbus A320neos. It is unclear if the 16 A321neos that HK Express will now receive will be utilized to replace older A320ceo family aircraft.

Cathay Dragon will still get A321neos

16 A321neos are still bound for Cathay Dragon. These are scheduled to arrive between 2020 and 2022. Meanwhile, HK Express will receive the other 16 A321neos after 2022. This means that Cathay Pacific did not alter their delivery schedule. Rather, they altered the allocation of the aircraft.

According to Cathay Pacific, Cathay Dragon operates 15 Airbus A320 aircraft, eight Airbus A321 aircraft, and 25 Airbus A330 aircraft. The 16 A321neos will likely replace older A320-family aircraft as that was the original intent of the order back in 2017.

What can HK Express do with the A321neos?

HK Express will likely be able to use the A321neos to grow its route network. Thanks to upgraded fuel efficiency, the aircraft can comfortably fly longer routes than older A320-family aircraft while also being economical.

Although its not yet clear exactly how HK Express will use these aircraft to grow, it is likely that the A321neos will be in a dense all-economy configuration like other HK Express aircraft. Hopefully, these routes fly short-hauls which are easier to bear on low-cost carriers.

Cathay Pacific believes this redistribution towards HK Express will allow both Cathay Dragon and HK Express to operate more efficiently. WIth 16 A321neos, HK Express definitely could grow and fill in gaps in Cathay Pacific’s current route network. It remains to be seen where these A321neos fly out of Hong Kong.

Will you fly on HK Express’ A321neos? Let us know in the comments! 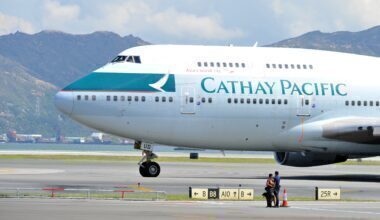 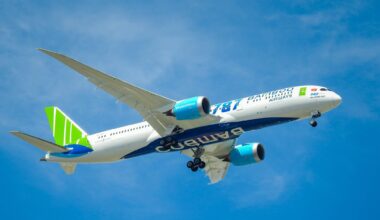