CDC Warns Of US Airline Passenger Infected With Monkeypox

The United States-based Centers for Disease Control and Prevention (CDC) has issued an alert following a Texas resident returning home from Nigeria whilst infected with human monkeypox. Now in isolation in a Dallas hospital, the passenger traveled from Lagos to Dallas via Atlanta ten days ago.

A rare but potentially serious disease pops up in Dallas

Monkeypox is a rare but potentially serious viral illness. The virus results in a flu-like illness and swelling of the lymph nodes. It can then progress to a widespread rash on the face and body. Most infections last two to four weeks. The disease is most common in parts of West Africa. The CDC says infections with this strain of monkeypox are fatal in about one in 100 people.

“While rare, this case is not a cause for alarm, and we do not expect any threat to the general public,” says Dallas County Judge Clay Jenkins in a statement. The CDC is liaising with the relevant airlines and health officials to contact airline passengers and others who may have been in contact with the patient during two flights.

Monkeypox hitches a ride on an intercontinental flight

This is the first case of monkeypox detected in the United States in 18 years. However, neither the CDC nor Texas health officials are releasing flight information. Authorities do confirm the passenger departed Lagos’ Murtala Muhammed International Airport (LOS) on July 8. The flight arrived at Atlanta’s Hartsfield–Jackson Atlanta International Airport (ATL) on July 9. The passenger then traveled to Dallas Love Field (DAL) on the same day. A little sleuthing can readily ascertain what carriers and flights the passenger most likely traveled on.

In this case, the existing requirement for all airline passengers and crew to wear face masks inflight and in airports has lessened the potential infection risk. The CDC says monkeypox is typically spread between people through respiratory droplets.

“It’s believed the risk of spread of monkeypox via respiratory droplets to others on the planes and in the airports is low,” the CDC says in a statement.

“We are only a plane ride away from any global infectious disease,” warns Dallas health official Dr Philip Huang. However, Dr Huang is appears relieved at having stopped this potential monkeypox outbreak before it spread within the United States.

While COVID is hogging the headlines, a full suite of exotic and potentially dangerous diseases regularly hitch rides on international flights. Requiring passengers and crew to wear face masks in nearly all jurisdictions worldwide stops many of these airborne diseases from spreading as quickly as they once did.

Aside from influenza, one of the best-known airborne diseases is tuberculosis (TB). Increased attention to inflight hygiene and aircraft cleaning is also helping combat a raft of transmissible diseases now largely overshadowed by COVID.

“Increasingly larger numbers of people are using international air travel,” says the World Health Organization. “Several outbreaks of communicable diseases, such as staphylococcal food poisoning, measles, influenza, and others, following exposure within a commercial aircraft, have been documented. Likewise, exposure to infectious TB on commercial aircraft is a real concern for both passengers and crew.”

The infected passenger is in a stable condition and remains in a Dallas hospital. 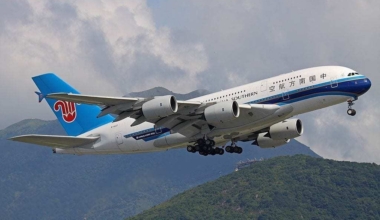 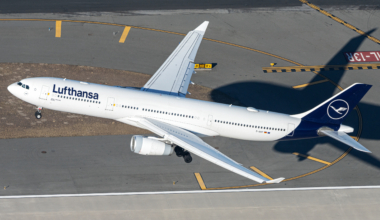 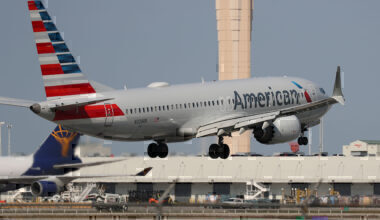 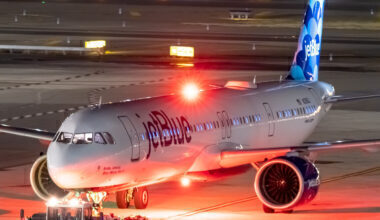