Unless you are onboard Qantas’ highly successful Perth to London flight, heading to or from Australia to Europe involves a stopover. With a plethora of Middle Eastern and Asian carriers, as well as British Airways and Qantas, competition is fierce. A left-field option is traveling with Taiwanese flag carrier China Airlines, so is it an experience to forget or remember?

China Airlines has a daily service from Sydney to Taiwan leaving just before curfew at 22:10, arriving in Taipei early the next morning. From their hub at Taipei Taoyuan Airport, you can then transit to destinations across Europe and Asia.

Serving this route is one of several Airbus A350-900s in the China Airlines fleet. First impressions were good, the fit-out is a subdued beige but arguably durable and stylish. In the inevitable Boeing 787 / Airbus A350 comparison, the A350 has my vote. It surpasses the 787 for comfort and quiet, even if it does miss out on the magic electro-chromatic windows.

First tip, choose the window seat on an Airbus A350. If you are on an overnight flight, that little extra room and strategically placed seat support (read footrest) make all the difference. My seat in the 3-3-3 economy cabin was comfortable with plenty of leg and knee room. With both a USB and full-size socket your power needs are covered, and I arrived in Taipei on full charge.

Entertainment options are reasonable with a good selection of both Western and Taiwanese content.

It is worth highlighting the logical simplicity of the supplied in-ear headphones, they perform well and leave the seat pocket clutter-free. I was, however, left yearning for the tail camera real world view, something I was expecting after Simple Flying’s recent Air France A350 review.

It should be noted this plane was WiFi-equipped, but economy passengers do need to pay for this service. Given the late evening departure, sleep was on my flight plan, so I chose to save my dollars for another time. With a daytime flight scheduled on my return, stay tuned.

This is my favorite part of any fight and with a nine-hour duration both dinner and breakfast were on the menu.

Following a juice service just after take-off, dinner choices were pork in sweet pepper goulash or braised chicken. I chose the chicken and was rewarded. The meat was succulent and flavorsome, and the rice had no sign of the dreaded glug. A minuscule potato salad and a piping hot roll with real butter rounded out a main to remember.

Two hours from Taipei, and cabin lights broke the internal dawn. Pork or chicken are once again on the agenda, with a frittata or braised pork mince on offer. The mince had it by a nose…literally. The meat was spicy, hot and quickly devoured. The noodles, however, were hard and swerve worthy. My palate was cleansed with some fruit and yogurt.

Summing up the gastronomy is easy…delicious! Are you an in-flight meal geek? Make sure you check out the recent Simple Flying feature on the history of in-flight dining.

Now I know this is often an area of taboo, but I ventured to the bathroom near the close of my trip and was pleasantly surprised. Clean, pleasantly fragrant and of a reasonable size. Nothing stood out, but let’s face it, if the facilities are serviceable and clean, they hit the mark.

Overall the service on this flight was impeccable. Yes, it lacked the personality and friendliness of the American and Australian carriers, but it was a lesson in courtesy, efficiency and routine. An aspect worth calling out are the awesome meal choice cards that make selection easy… choosing the chicken or the pork is as simple as point and eat.

Many travelers will be simply transiting Taipei on their way to a final destination. So what is the airport like? From gaming zones, cultural exhibits and children’s playgrounds, to great WiFi and free charging cabinets, all bases are covered.

Additionally, if you time your connection right you can secure a day of exploring in Taipei. The airport metro providing easy access to the city and sights.

Food 9/10 – Worth flying for, but the hard breakfast noodles saw it miss the perfect ten!

Comfort 9/10 – Take the window seat on a China Airlines A350 and content you will be.

Entertainment 7/10 – Good, but nothing exceptional.

Overall 8.5/10 – An experience to remember and yes, China Airlines is a viable option to globe-trot between Europe, America, Asia and Oceania.

Have you traveled to or from Australia on a connecting or direct flight? How does your experience compare? Have you had a different encounter on-board China Airlines? Make sure you add your thoughts to the comments section below. 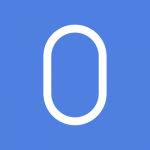