Why China’s Domestic Market Is The World’s Most Competitive

The comprehensive ‘Busiest Routes 2020’ report, compiled and published by travel data provider OAG, sheds light on the world’s longest, shortest, busiest, and toughest flight routes. OAG examines these categories both internationally and domestically. The report has revealed that the world’s most competitive domestic market can be found in China.

It is crucial, as well, to briefly reflect on the fact that the current report is based on data from 2019. This means that its next iteration is likely to showcase very different figures, given the significant impact of the present coronavirus pandemic on air travel worldwide.

This trend is also very significant when observing the world’s toughest domestic flight routes. Eight of the ten most competitive corridors can be found in the ‘Asia-Pacific’ region. The tenth toughest (served by eight carriers) also happens to be by far the world’s busiest domestic route. This operates between the South Korean island of Jeju and the Seoul Gimpo, the second largest airport serving the country’s capital.

Iran, featuring in the report’s ‘Middle East & Africa’ section, represents the only anomalies to this trend. It is home to the 6th and 8th toughest domestic routes globally, with Mashhad-Tehran and Ahwaz-Tehran each being served by nine carriers. However, the Chinese domestic market, which we shall now examine in further detail, is by far the dominant force.

According to the report, the trend of extremely competitive routes “reflects strong growth in the Chinese domestic market in recent years.” Of course, it remains to be seen how the ongoing coronavirus pandemic will impact this growth. Nevertheless, where exactly can the Asia-Pacific region’s (and, by extension, China’s) most competitive routes be found?

Although these two cities in the south of the country (specifically Yunnan Province) are, according to the report, just over 350km apart, they are not connected by any form of high-speed rail. With no land-based alternative for fast travel along this corridor, it is, therefore, unsurprising that it has seen such fierce competition develop among the airlines that serve, and hold a monopoly over, the route.

The 12 carriers that operate the 21,184 scheduled flights a year along the world’s most competitive route include major carriers such as China Eastern and China Southern, alongside smaller operators including Lucky Air and Okay Airways. Flights are scheduled to take around an hour.

Compared to the country’s most competitive route, its second-toughest does not represent a corridor where high-speed rail is a feasible alternative. Chongqing and Shenzen are approximately 1,400km apart by road. While one can travel between them by rail, air travel is the only option among travelers for whom time is a critical factor, with flights scheduled to take just over two hours. Air China and Donghai Airlines are among the ten carriers serving this route.

Meanwhile, even longer still is the corridor between Zhengzhou and Ürümqi, the capital of the Xinjiang Uyghur Autonomous Region in the country’s northwest. Measuring approximately 3,000 km by road, it is no surprise that there is such competition between the ten airlines along this corridor. Among those competing are Hainan Airlines and Sichuan Airlines, and flights are scheduled to take just over four hours.

More than half of the most competitive domestic routes in China are operators by nine different airlines. They serve cities across the country, and are best viewed graphically on the map below.

Guiyang, the capital of Guizhou Province, is situated around 1,750km by road from the coastal city of Wenzhou, in the south-east of Zhejiang Province. This is, once again, a distance for which air travel is the only feasible option, and, like the two Iranian flights among the world’s ten most competitive domestically, the route is served by eight carriers.

Flights on this route are scheduled to take around two and a half hours. They are operated by such airlines as 9 Air and Chengdu Airlines.

As the data from the OAG report suggests, it is abundantly clear that the Chinese domestic airline market is the most competitive in the world. Several contributing factors are likely to be the cause of this phenomenon, such as more general factors like the country’s large population and sheer geographical size.

Other factors are likely to be China’s relative lack of high-speed rail alternatives, as well as its aforementioned strong market growth in the domestic airline market in recent years. In any case, it will be interesting to see how the numbers stack up in the next iteration of the OAG report. In the face of the coronavirus pandemic, it is likely to be a very different picture indeed. 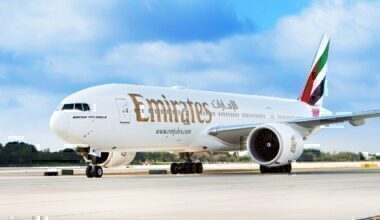 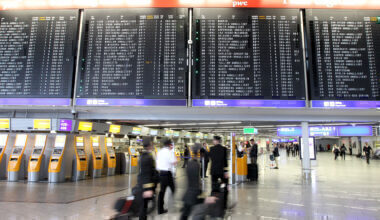 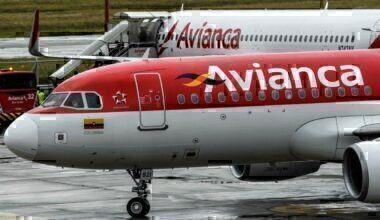 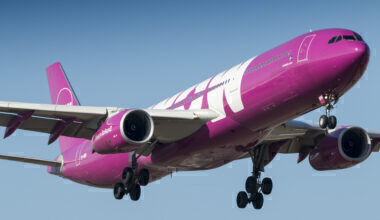 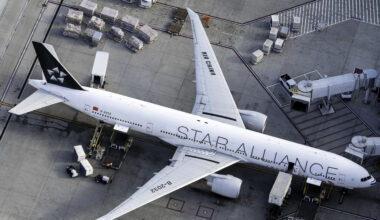 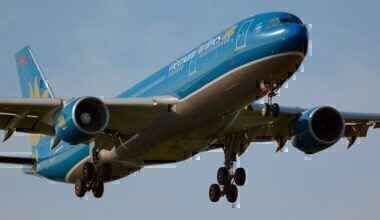