Citilink Will Connect Indonesia With Frankfurt From June 2020

According to the analysis done by aviation website CH-Aviation, the Jakarta-based airline will also start flying its first route to Japan.

Airbus A330neos will be used on the new routes

Operating an Airbus A330-900 aircraft, the flights between Soekarno-Hatta International Airport (CGK) and Frankfurt am Main Airport (FRA) will operate four times weekly.

After taking on more passengers, the aircraft will depart Jakarta at 21:15 and arrive at Frankfurt am Main Airport (FRA) at 08:15 +1.

The return leg operating as Citilink flight number QG599 will depart Frankfurt at 15:15 and arrive in Jakarta at 09:35 +1. The aircraft will then carry on to Bali departing Jakarta at 11:05, arriving in Bali at 14:00.

The flights to Japan will be daily

Once-daily flights between Jakarta and Narita International Airport (NRT) will commence on May 2nd, 2020.

The return leg operating as flight number QG581 will depart Tokyo and 17:25 and arrive in Jakarta at 23:20.

The low-cost Garuda Indonesia subsidiary decided to move into the European market after parent company Garuda Indonesia decided that due to historical links it would concentrate on its flights to Amsterdam Schiphol (AMS).

Before embarking on its new Frankfurt and Tokyo flights, Citilink served Jeddah in Saudi Arabia with weekly flights and two routes to Australia from Denpasar to Melbourne and Perth. Citilink also has plans to start flying from Jakarta to Coolangatta airport (OOL) on Australia’s Gold Coast starting next month.

While the routes to Australia are relatively short, allowing Citilink to operate their A320neos, Europe and Japan will require the airline to use its only wide-body aircraft, the A330-900neos.

Founded in 2001 as a spin-off from national flag carrier Garuda Indonesia, Citilink was supposed to be a low-cost airline flying domestic flights within Indonesia.

With impressive growth and new aircraft coming online by 2011, Garuda Indonesia decided to let the airline go its own way with an exciting new livery and branding.

In line with Citilinks’ business model, the Indonesian carrier has opted to keep WOW Airs’ seating configuration of 42 premium economy seats and 323 seats in standard economy.

Deciding to fly to Frankfurt rather than London seems a little puzzling given that Garuda Indonesia has decided to concentrate on Schiphol, so we will see how that works out.

One thing I do like though, is the fact another low-cost carrier is entering the European to Asia market and with Bali as a destination how can Citilink lose?

What do you think of the new Citilink flights? Please let us know in the comments.

*The above schedules were previously published by Routesonline.* 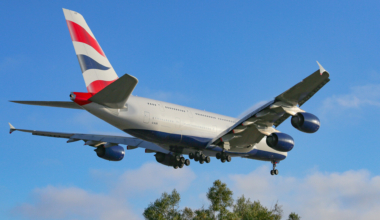 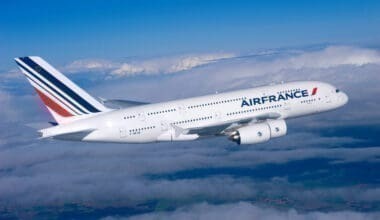