Flying On Concorde: Could You See The Curvature Of The Earth?

As the Concorde flew higher than other commercial traffic (as it flew faster, it needed to operate at a higher altitude to avoid other planes), could passengers see the curvature of the Earth through the window? The answer is slightly more complicated than it may first appear.

What is the curvature of the Earth?

Fact: the Earth is round (let’s not get into flat-earth theories), and the further you move away from the ground, the more distant horizon you can see. At two meters above sea level (about the height of an individual standing on the shore) you can only see five kilometers to the edge of the world.

When you start to go higher up, you can see further. At thirty meters above sea level, you can see 20 kilometers to the horizon. Onboard a commercial aircraft that is flying at cruising altitude of 39,000 feet (12,000 meters) the horizon is 391 km (235 miles) away.

For Concorde, the operational cruise altitude was 60,000 feet (18.3 kilometers above the ground), and thus the aircraft could see a distance of 483.5 kilometers (300 miles).

But is this enough to see the horizon curve?

How high do you need to be to see the earth curve?

According to science, you can technically see the horizon curve at any height greater than zero if you zoom in enough with a camera. Of course, that implies a camera with infinity zoom (make sure it isn’t the lens that’s curving either). Because this is an aviation website we will ignore that answer.

Psychologically, there are reports a person can detect it as low as 14,000 ft (4.2km), but it is not until you get over 50,000 ft (15.2 km) that it starts to become noticeable. What this means is that onboard a typical commercial aircraft, you may have the very slight ability to see the curve of the Earth, and onboard the Concorde you have a much higher chance.

But when asked, how many passengers on the Concorde could see the earth curve?

Flying at 60,000 ft (18.3 km) passengers onboard the Concorde on average reported seeing the horizon curve about 50% of the time. This is due to two reasons.

A trip report from the British Airlines Concorde seems to support this theory that the curve was very gradual and almost unnoticeable.

“I can confirm that the flight was extremely smooth at our cruising altitude, and any signs of weather were thousands of feet down. At this high altitude, the sky was an intense indigo blue, and the view was truly remarkable. Looking out the window, one could make out the gradual curve of the Earth below, and it was even more evident when viewed from inside the cabin over the span of a few windows.”

Of course today, there is no real way to test this as the Concorde no longer flies and thus “No, you can’t see the curve from the grounded plane“.  That is, unfortunately, the real answer. 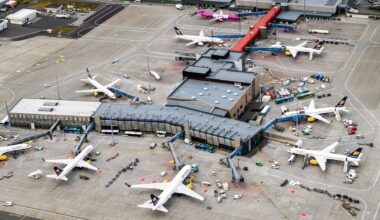 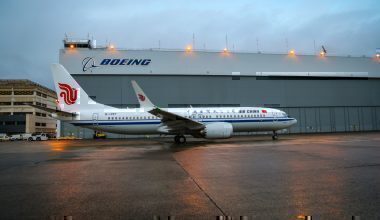 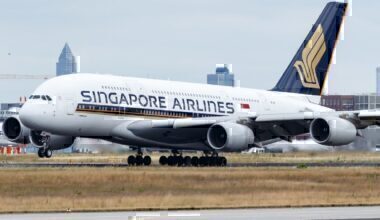