Condor Could Be Nationalized By The German Government

Condor could soon find itself nationalized by the German government as a takeover deal with LOT owner PGL seems set to collapse. The planned deal would have allowed Condor to repay its €380 million state bridge-loan.

The nationalization would be for a limited time. Germany would aim to restart the sales process as soon as the grip of coronavirus on the travel and aviation industries loosens its hold, sources told the news agency.

Condor itself said in a response to Simple Flying’s query that it would not comment on any such speculations. It did confirm that it has submitted an application for governmental support as a company harmed by the coronavirus pandemic, but said that it could not discuss further details.

Not the first life-line

This would not be the first time that the German state would be rescuing the airline. Formerly a unit of Thomas Cook, a €380 million ($415m) state bridge-loan from the German government and the federal state of Hesse rescued the carrier when the holiday company folded last September. The acquisition of Condor by PGL would have allowed the bridge-loan to be repaid in full.

Condor, now busy operating repatriation flights, was to have become the center of LOT owner PGL’s leisure strategy. The combination of LOT and Condor would have created one of the leading European aviation groups, carrying about 20 million passengers per year. The transaction was expected to be finalized by April this year.

Generally, a bridge-loan refers to borrowing made until a long-term funding facility is available. The loan to Condor was supposed to run for six months to bridge the airline over the winter season. Thomas Cook had a 49% stake in the airline and collapsed in late September 2019. This left some 500,000 passengers stranded, and over 6,000 hotels owed millions.

Condor is not the only industry player that is up for nationalization during these trying times. Alitalia has (again) as of mid-March become government-owned. The re-nationalization of the airline was a necessary move to ensure its survival as a year-long privatization effort failed following the precipitous drop in passenger traffic in February.

The collapsed regional UK airline Flybe could also potentially be purchased by the British government after it decided not to provide a lifeline to the airline just close to a month ago.

As the crisis for the aviation industry progresses, the question remains which airlines will be supported, bailed out, or potentially even nationalized.

Should Condor be nationalized? Would it harm or hurt the carrier? Let us know your thoughts in the comments. 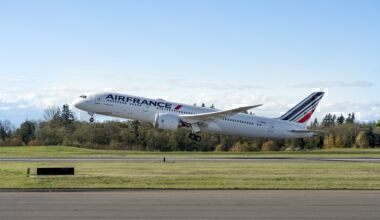 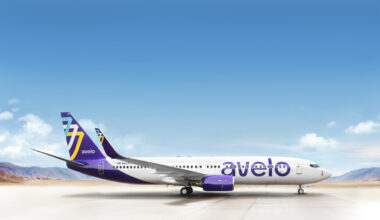 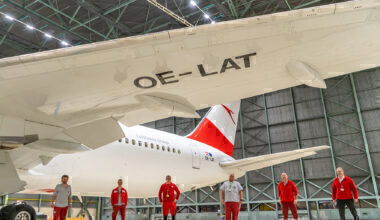