Connect Airlines: What The US Dash-8 Startup Is Planning

It’s highly unusual for a US startup to use turboprops, but that is precisely what Connect Airlines plans. With the airline’s interline agreement with American, it expects to serve O’Hare and Philadelphia from Toronto’s Billy Bishop initially, before adding Baltimore, JFK or Westchester, and potentially Charlotte, Cincinnati, and Detroit. However, Connect will likely be much more of a domestic US operator.

Connect later expects to launch US domestic flights, something currently very understated – it barely gets mentioned – yet which is likely to be fundamental to its future.

This convenience of Billy Bishop for business travelers is one way that Connect expects to achieve advantage, much the same way as Canada’s Porter Airlines. Connect’s strategic position will likely mean relatively high fares. However, speaking at World Routes, John Thomas, CEO of Waltzing Matilda Aviation and Connect, said it’ll focus on small and medium-sized enterprises rather than corporate travelers. Thomas explained:

“We’ll be the first US carrier into Billy Bishop, a much more convenient airport. Frankly, US business travelers have not had a real opportunity to use the airport much before.”

Connect expects a resurgence of turboprops

It is expected that Connect will begin by year-end or perhaps a little afterward. The regional carrier will use Dash-8-Q400s, also like Porter. This was inevitable given Billy Bishop’s short runways, the Q400’s short-field performance, not too many seats to fill, and the speed of the type. Of course, fast speed means higher fuel consumption.

The US has had a chequered history with turborpops, with the general public viewing them skeptically. Turboprops are often misunderstood and underappreciated, despite playing a vital role in aviation globally. Thomas said:

“We expect a resurgence of props. There is currently a shortage of pilots [overall], but we’re addressing this by being able to hire both US and Canadians.”

Connect’s initial network to Toronto’s downtown airport will be from Chicago O’Hare and Philadelphia, hence the interline agreement with American. Neither US airport has flights to Billy Bishop, and both hubs will offer Connect “pretty amazing connectivity.”

True to the startup’s name, it wants to give travelers more choice for connections, which will strengthen what it is offering and mean it is less reliant on point-to-point travelers. This may also mean it will ultimately focus less on business travelers – versus those simply going to/from Toronto itself – than it often talks about.

Baltimore to Billy Bishop will also begin, although Thomas hinted that he’d prefer Washington National, but that airport is challenging due to slots. Dulles was ruled out because of Porter.

New York is coming, but which airport?

Charlotte (another big American hub) was singled out for possible future service, along with Cincinnati and Detroit. Might an interline with Delta materialize? We’ll have to wait and see.

Thomas was clear that New York would happen. While LaGuardia is Connect’s preferred airport, he explained that they’re looking at other New York-area airports, with JFK or Westchester possibilities because of the slot issue at LaGuardia. Thomas explained:

“The biggest problem is the waiver slot system at LaGuardia. In the US, the domestic market is coming back quite strongly, so the waiver system is just a way of protecting incumbents. It restricts competition. The airport should be finding ways around the waiver to encourage new operators.”

What do you make of Connect’s plans? Share your thoughts in the comments. 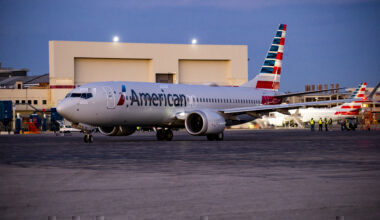 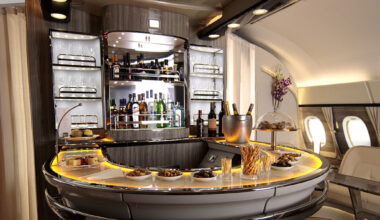