The Coronavirus Outbreak Will Hit Asian Aviation – Here’s How

As the Wuhan coronavirus outbreak continues to force countries to impose travel restrictions and airlines to cancel flights, it looks like the global economy will take a significant hit. But, as the region where the outbreak began, Asia is set to suffer the worst economic effects.

The Wuhan coronavirus outbreak has been all over the news since mid-January, and it doesn’t show any signs of slowing down. In an attempt to stop the spread of the disease, travel restrictions have been imposed in China and a number of nearby countries where cases of the disease have popped up.

As the key mode of domestic and international travel, aviation has born the brunt of these restrictions. Unfortunately for airlines in Asia, they have found themselves at the epicenter of the outbreak, and have been disproportionately affected by the travel restrictions.

Reduced attendance for the Singapore Airshow

Attendance for this week’s Singapore Air Show looks like it will be significantly down on the numbers predicted before the coronavirus outbreak. According to reports by Reuters, more than 70 organizations due to host exhibits at the event have already dropped out.

These aren’t just small organizations or companies from countries that have travel restrictions in place. Lockheed Martin and Raytheon, both major US defense firms, have confirmed they will not be attending this year.

The US Government will also be reducing its presence at the Singapore Air Show and the Undersecretary of Defense, Ellen Lord, will no longer be attending. However, US Department of State Assistant Secretary for Political-Military Affairs, R. Clarke Cooper, confirmed with reporters that the US will still have the biggest international delegation in attendance.

“The United States still remains the largest international presence at the air show for 2020,” he said.

According to figures released by the air show on Sunday, trade attendance is now expected to be 45,000, which is 9,000 less than the show achieved in 2018.

Depending on how long the Wuhan coronavirus outbreak lasts, the damage to Asia’s aviation industry will be significant. The 2003 SARS outbreak, which also began in China, is estimated to have cost airlines around the world more than $7 billion. Of this $7 billion, the IATA estimated that $6 billion was lost by airlines in the Asia Pacific region.

Where SARS killed a total of 774 people, the Wuhan coronavirus has already killed 910. Not only has it killed more people than SARS, but it has also done so in a shorter period of time.

The financial hit from Wuhan coronavirus is expected to be much more severe than SARS, and stock markets have already suffered as a result. For China, with its 660 million yearly air passengers, further travel restrictions will rack up huge losses as the outbreak continues.

In comparison to 2003, the Chinese aviation industry is now much larger and more developed. While the established carriers will likely be fine in the long run, this is a very dangerous situation for the numerous smaller airlines in Asia. 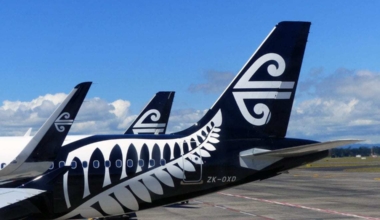