Is COVID Testing The Key To Unlocking International Travel?

With airlines around the world battling to manage demand and capacity when the rules and restrictions are changing daily, it’s clear that a defined strategy for coming out of COVID is needed. Locking down countries and adding new quarantine restrictions with a moment’s notice isn’t working for anyone. Could more COVID testing be the key to unlocking travel once again?

For airlines to get back to where they need to be, they need passengers. But to get passengers back on the plane requires more certainty than we have right now. In just the last week, we’ve seen the UK slap quarantine requirements on more European countries, and Air India passengers left stranded after the airline was banned from Hong Kong.

While the world is trying to open up again, airlines are having the rug pulled from under their feet as goalposts move, borders close and restrictions change on a daily basis. While there’s no quick fix to the challenges facing aviation right now, some industry professionals believe an increase in COVID testing could help.

Just this week, airlines and airports have got together to ask a UN-led task force to accept a negative test result as an alternative to quarantine. The proposal, seen by Reuters, was issued by the Airports Council International (ACI) and airline trade group International Air Transport Association (IATA). In the document, it said,

“A test prior to departure could reduce the risk of importation by up to 90%, enabling air travel to be opened up between a large number of countries without a quarantine requirement.”

Airlines are forecasting a 55% decline in 2020 air traffic as a result of the pandemic, a figure which is only going to be exacerbated without a feasible strategy for reopening the world. The groups suggest testing up to 48 hours before travel, with a negative result allowing the passenger to avoid quarantine.

But would this work in practice, and is testing really the answer to getting international travel restarted?

The problem with COVID testing

The commonly used test for COVID-19 is a PCR (polymerase chain reaction) test, which isolates genetic material from a swab sample. Swabs are taken from the back of the throat and sometimes also from within the nasal canal and sent for analysis.

They are seen as the most accurate COVID tests, but they are slow and expensive. Because the sample needs to be ‘cleaned’ using chemicals and then analyzed by machine, the fastest tests take around eight hours to come back.

With many labs facing a huge backlog of samples to deal with, the wait time can often be a lot longer. The fastest we’ve heard of results coming back is 24 hours, with some patients waiting three days or longer to get their result.

Clearly, this is not a good way of testing before travel. It can’t be done at the airport, and that means the person is going about their routine for many hours or even days before boarding the plane, during which time they could become infected.

If widespread testing is to be seen as the answer to relaxing travel restrictions and getting the world opened up again, clearly testing needs to work faster.

A number of agencies are working to develop the magic mix of both fast and accurate COVID tests. The first few iterations of fast COVID tests rolled out were found to be lacking in accuracy, which would be no good for preventing the spread of coronavirus abroad.

For example, the BBC reports that three antigen tests developed in South Korea, India and Belgium that are being used in India right now have been found to produce an accuracy of only 50% – 84%. In the US, antigen tests by Quidel and BD have a sensitivity of 71% – 81%. In the UK, the most common type of rapid test kit has an error margin of 20%.

Clearly, this is not good enough. Even a test with 90% accuracy will still let one in 10 COVID positive passengers board the plane. This is not going to inspire confidence in either travelers or governments to open their borders.

However, there are lots of other tests in development that promise more accurate results. The Times of Israel this week notes a gargle-and-spit test that it says can give an instant result with 95% accuracy. And in the US, the FDA gave emergency approval for a saliva test developed by Yale’s School of Public Health, which claims to be as accurate as the current nose and throat swab PCR test.

The @US_FDA has granted emergency authorization for a new kind of #coronavirus test. It’s called “saliva-direct” & it was developed at the Yale School of Public Health. The @NBA funded the research & development of the test & they have been using it in the Orlando bubble. pic.twitter.com/P9GpJjXkvs

Rapid, accurate and affordable COVID testing could be one answer to getting people moving again. Already we’ve seen rapid testing unrolled in Germany and other countries around Europe. However, the British government believes it’s not the answer that we’re looking for.

Not a silver bullet

Speaking to BBC Breakfast this week, British culture minister Oliver Dowden warned that testing was not the key to unlocking the world. As reported in Forbes, he said,

“It’s not the case that you can simply test somebody and be sure that they don’t have the disease. It can incubate over a period of time, so there’s not a silver bullet of just testing immediately at the border … We are not at the point where there is a viable alternative to the 14-day quarantine.”

Problems with the accuracy of testing, not to mention the high costs involved, are making governments nervous about rolling them out as a mandatory measure for all wanting to pass through their borders.

It seems that a more workable solution would be to allow quarantine to be shortened through doing a couple of tests. Iceland has adopted this strategy, as it has noted that people who might have caught COVID very recently will often produce a false negative on arrival. However, having them quarantine for five days and then get tested again provides a much more assured negative result.

This strategy could cut quarantine times from 14 to just five days, something that most people would be willing to factor into their essential travel itinerary. However, it still leaves the question of who pays for the test.

Some are advocating for travelers to pay the testing fee. To cut the quarantine time with assurance of accuracy would involve two tests, which Heathrow Airport in London is estimating will require a traveler funding it by around £150. Perhaps that’s something that could be offered as an option, with those unwilling to pay being subject to the full 14 days.

Whatever the solution, it’s a rapidly changing environment and one which will no doubt continue to evolve over the coming weeks. One thing we can all agree on is that there is no one solution to the current situation and finding our way out of the crisis is going to take a mix of measures and teamwork from everyone involved. 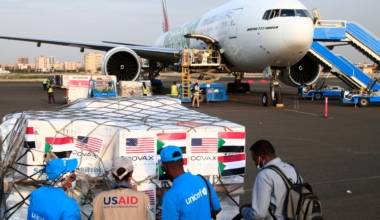 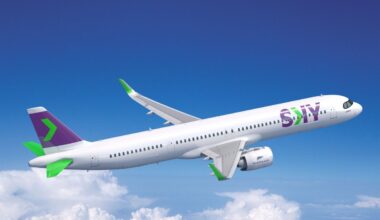 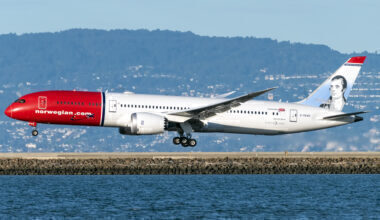