Croatia Airlines will be dry leasing an Airbus A319 from easyJet and a Dash 8 Q400 from Austrian Airlines this summer. It will also wet-lease an Air Nostrum CRJ-1000. This is to provide capacity for its planned regional expansion, which Simple Flying covered earlier this week. What else might Croatia Airlines do with this extra capacity? Let’s take a look.

Because easyJet is giving the A319 as part of a dry-lease agreement, this means Croatia Airlines crew will be flying on it. This is consistent with recent adverts made by Croatia Airlines on LinkedIn, in which the flag carrier of Croatia has been calling for applications for cabin crew positions.

Some of the routes on which Croatia Airlines can use the dry-leased easyJet A319 aircraft include Frankfurt, Brussels, Split, Barcelona, Copenhagen and Skopje. On all of these routes, Croatia Airlines has scheduled an Airbus A319 from 29th March 2020.

The Dash 8 Q400 is also already part of the Croatia Airlines fleet. The airline has six in total, which is a half of its fleet. Currently, the routes on which Croatia has scheduled the Dash 8 Q400 for summer 2020 are numerous. Out of Zagreb, the routes include Munich, Dubrovnik, Sarajevo, Brač, Bucharest, Mostar, Skopje, Milan, Prague, Zurich and Vienna.

From Split, destinations include Rome, Lyon, Zurich, Munich and Vienna. From Pula they are Zagreb and Zadar. Finally, from Dubrovnik the Dash 8 flies to Venice, Athens and Zurich.

Additionally, Croatia Airlines is expected to launch flights to Tirana, Sofia and Podgorica. Given the pattern of scheduling Croatia tends to adopt, these are all likely to be operated by a Dash 8 Q400 as well.

Finally, an Air Nostrum CRJ-1000 will also be arriving. Croatia Airlines leased two Air Nostrum CRJs last year, and the year before, to acquire the extra capacity for its summer operations.

Unlike the expected easyJet and Austrian Airlines aircraft, the Air Nostrum CRJ will be taken on a wet-lease arrangement. This means Air Nostrum crew will operate it. However, there will be one cabin crew member from Croatia Airlines on board as well.

The Croatia Airlines routes currently scheduled to feature the CRJ are Helsinki, Barcelona, Oslo, Copenhagen, Dubrovnik and Brussels from Zagreb, and Athens from Dubrovnik.

These are the same routes on which Croatia Airlines deployed the wet-leased Air Nostrum aircraft previously. Given that the legroom on that CRJ is eight whole centimeters longer than on Croatia Airlines Airbus aircraft, try to hop onto it – if you have the choice! 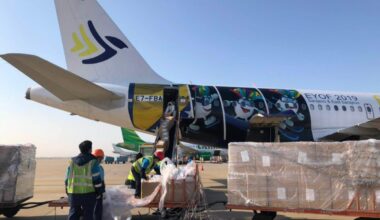 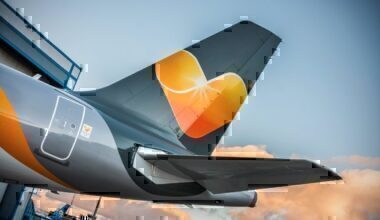