Croatia Airlines has stepped up its schedule cuts in October, following a major fall in demand for travel to and from Croatia as a result of travel restrictions caused by a high number of COVID-19 positive patients in the country. Let’s take a look at what routes have been cut.

A major decrease in frequencies across the network

Croatia Airlines updates its schedule on a week-by-week basis, so the full extent of the cuts for this winter are, as yet, unknown. However, the schedule changes for October indicate that the Croatian national airline will bring its winter route network to a bare minimum. Some routes have already been reduced to just one weekly rotation, or less.

For example, on flights to Vienna, where Croatia Airlines normally operates two daily flights, Croatia Airlines has scheduled just two (!) flights for the whole month of October. These will be on Thursday 22nd October, and Thursday 29th October.

To Zurich, Croatia Airlines usually operates two daily flights under a codeshare agreement with SWISS, Air Canada, SAS, and Singapore Airlines. This month, Croatia Airlines will operate just four weekly Zagreb-Zurich-Zagreb flights in the first two weeks of October, reducing to three weekly in the third week, and then just a single flight in the last week of October.

To Amsterdam, where Croatia Airlines has slots for eight weekly flights, the Croatian flag carrier will fly only four times next week. This will be reduced further to just three rotation in all of the last week of October. Furthermore, almost all flights to Amsterdam are scheduled to be operated with Croatia Airlines’ Dash 8-400 aircraft. This is a major reduction in capacity compared to the usual aircraft on the route, an Airbus A320.

Perhaps most shockingly, Croatia Airlines has also canceled almost all of its flights between Zagreb and Paris Charles De Gaulle. It will operate just one rotation next week, on Monday 5th October, and just two rotations the week after. The schedule then increases to three weekly flights thereafter.

Only Frankfurt remains as before

To Munich, Croatia Airlines has only scheduled two rotations in all of October. These will be on Monday 5th October and Friday 9th October. Just like the frequency cuts to Zurich and Vienna come as a surprise, as does this cut in frequencies to Munich.

However, one route will retain a high number of frequencies: flights from Zagreb to Frankfurt will operate 22 times per week. Just like at the height of the COVID-19 crisis, the Zagreb-Frankfurt-Zagreb route remains Croatia Airlines’ priority. The route is a connectivity powerhouse: these flights are codeshared by Lufthansa, Singapore Airlines, SAS, LOT Polish Airlines, ANA, TAP Air Portugal, United Airlines, Air India, Asiana Airlines, and Air Canada.

Do you think regional airlines like Croatia Airlines will survive the winter? Let us know what you think of this story in the comments below. 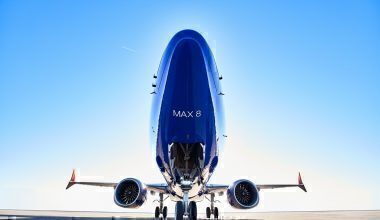