Atlanta In Winter: The 53 International Routes Delta Has Planned

Across domestic and international routes, Delta has over 227,000 round-trip flights and 35 million seats available for sale this coming winter, although that may change. Some 201 routes are planned, with Orlando again having more flights than any other. But how has international recovered, and where is Delta planning to fly?

8% of Delta’s Atlanta flights are international

From October 31st to March 26th, the IATA winter season, 8% of Delta’s Atlanta flights are international. This is down from 10.5% in the last ‘normal’ winter. Just over 18,000 international fights are expected, a one-quarter drop, analyzing OAG’s schedule information shows. As you would expect, domestic service is less impacted, down by 11%.

As the world slowly reopens and entry restrictions are loosened, not least between the United States and most of Europe from November, international travel – so heavily impacted – will begin to rise once more. It is not simply regaining postponed routes but fundamentally adding back lost capacity where it makes sense while benefiting from rising demand.

Delta’s international route map from Atlanta totals 53 destinations this winter. These include Barcelona, Dublin, Madrid, and Stuttgart, each due to resume on March 26th, the very last day of the IATA winter season, in time for summer. 226-seat B767-300ERs will operate all four routes.

Of course, Delta’s largest international network is to Latin America, with 21 destinations, rising to 39 by adding the Caribbean. These areas feature strongly in the carrier’s most served international routes by flights, as shown below.

The relatively short link to Cancun, 765 nautical miles away, will welcome the most flights. The Mexican resort has 11% more flights than it did in the last normal winter. And while the B737-900ER and A321ceo will mainly operate to Cancun, the A330-300 is scheduled once daily.

The A330 will operate between January 5th and March 12th. With 293 seats, the configuration without Premium Select, it’ll be on DL601, leaving Atlanta at 14:05. To catch it on the return, it’ll be deployed on DL591, leaving Cancun at 18:00 and arriving back at 20:35, feeding vast numbers of flights across the US.

The importance of European SkyTeam hubs in the above list is evident. In fact, in the last normal winter, only Amsterdam was in the top ten for Delta’s flights – it was 10th – while Paris was 11th. Heathrow was ahead of them both in eighth, but the London airport has fallen to joint-14th. This will change in summer 2022.

Will you be flying internationally from Atlanta this winter? Let us know in the comments. 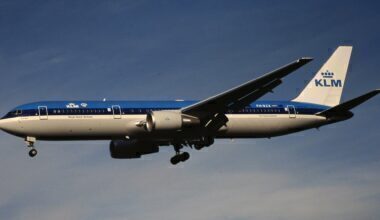