Delta Air Lines recently announced an impressive expansion out of Boston and has been bulking up its schedule as the recovery continues. As the carrier has been working its way up to the top in Boston, airline executives made it clear on Delta’s third-quarter earnings call that the focus in Boston is not a market share play but one of more sustainable, profitable growth.

Boston Logan International Airport (BOS) is the newest hub in Delta’s network. A city with no dominant, established legacy carrier, the airline saw some opportunities that it seized on. It added some transatlantic flying to its key international hubs and bulked up domestic flying. Just before the pandemic hit, the airline declared Boston a hub, and it was clear more routes would be coming.

That growth was paused in 2020 and through early 2021 because of the crisis. Boston, as a coastal hub, was a more business-heavy origin and destination city and a transatlantic hub, which did not bode well through much of 2020. However, in the last few months, business travel has started to come back, as have leisure travelers.

This was marked by the launch of two new long-haul international routes. The carrier announced, for summer 2022, flights from Boston to Tel Aviv (TLV) and Athens (ATH). This was on top of growth in the domestic market to San Diego, Denver, and Baltimore.

“I think what we see is our products suit the Boston market quite well, being a premium carrier and having Boston be a very affluent city with a huge component of corporate travel. We think that we are best suited to deliver the best products and services to the customers of Boston. And we’re going to, as I said in previous calls, we don’t want to be the biggest, we just want to be the most loved and the most profitable.”

This is not a new strategy for Delta. In March, as airlines were preparing to ramp up and the onslaught of ultra-low-cost carriers (ULCCs) was a concern, Mr. Hauenstein reiterated that Delta was laser-focused on profits over market share. The same is true in Boston – even as it prepares to eclipse JetBlue and American in the city.

A focus on its product offering

Next year, Delta will be debuting its brand new Airbus A321neo out of Boston. Featuring the airline’s latest domestic first class seat and a sizeable extra-legroom economy cabin, Delta is going after more premium travelers and offering a completely different product than what other airlines offer.

Another focus of Delta has been to offer more customer-friendly aircraft. This includes the Airbus A220. The airline is looking to build up its daily departures of this aircraft, which features fewer middle seats than other mainline narrowbody aircraft and an upgraded passenger experience.

Separately, Delta has upgraded some transcontinental services. Flights to Los Angeles now feature flatbed seats in business class. Other flights, including select flights to Seattle, are also getting an upgrade to feature lie-flat seating. The goal is to offer customers an upgraded passenger experience and expecting to grow its profitability organically and then move into market share. 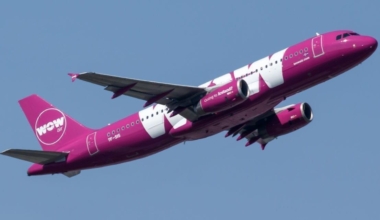 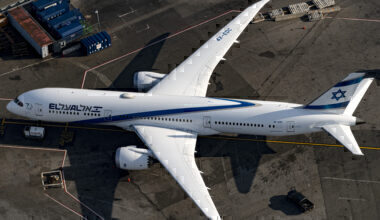