Delta Buys More Airbus A330neos Whilst Delaying Their A350 Orders

Delta has recently announced that they will be buying more A330neos from Boeing competitor Airbus!

But surprising, at a cost of delaying their new Airbus A350 orders! These new A330neo long-haul jets are worth ~$3B at list prices and have been rather slow-selling for Airbus. 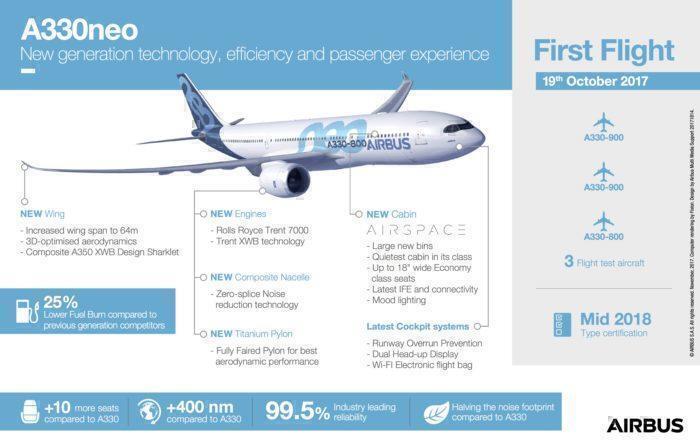 Delta’s competitor American Airlines has decided to purchase the Boeing Dreamliner instead of the A330neo, and United still on the fence. But with Delta supporting this purchase, it gives more confidence that this new jet will be a big success.

“Expanding our A330 order book not only ensures that Delta’s near-to-medium-term widebody needs are taken care of, but also drives our strategic, measured international growth,” says Delta COO Gil West.

This comes at a follow up as they recently accepted their new A220 Airbus planes and continue to expand their fleet against bitter rivals American Airways and United.

Why is Delta ordering more A330s?

The more fuel-efficient, Rolls-Royce Trent 7000-powered aircraft accommodates 287 seats in a typical three-class layout with a range of 7,200 nautical miles. Compared to the A350, this might be a bit of a downgrade but depending on where it is deployed it will be very useful for Delta.

“The A330-900 is going to be an important addition to Delta’s fleet. Airbus has infused this next generation of the successful A330 family with new technology and features providing advanced levels of comfort for our passengers and significant operating cost reductions that will make our airline stronger in the decades to come.” – Delta CEO Ed Bastian

They plan to slowly replace their fleet of aged Boeing 767’s with the new plane, starting from early next year.

Additionally, they might use them for their long-haul European routes (Currently serviced by their 767 fleet) as well as the South American city of Rio in Brazil.

Whether or not this will actually happen remains to be seen. Some customers of the A330neo expected their jets later this month or early next year, only to have their orders pushed back to 2020.

“We’re having very tough discussions with Airbus on when,” Priscilla Branco, CEO of Azul, Brazilian launch customer of the A330neo.

The first A330-900 delivery to TAP Portugal, the launch operator, was scheduled for the end of 2017 but has yet to occur. On 6 November, Airbus executives said the aircraft would be handed over in the “coming days”, something TAP is still waiting on. – Flight Global

Why is this good news for Airbus?

Airbus needs all the orders that they can get. They have started to slip behind Boeing and this latest influx for the struggling A330 is fantastic news.

Thanks to this order, Airbus has had an excellent month and secured more revenue away from rival Boeing. However, as it stands so far this year Boeing has been far more profitable.

What do you think? Was it the right move by Delta?