A loyal Delta Air Lines customer by the name of Brennan decided that he wanted to make his marriage proposal extra special by having the airline involved. To do this, he sent an email directed to Delta CEO, Ed Bastian. Surprisingly, Delta’s CEO Executive Correspondence Team got in touch and wanted to collaborate on fulfilling the special request.  Let’s take a look at how this special August proposal unfolded.

“She lives in Dallas. He lives in Atlanta. The challenges of a long-distance relationship can be hard to overcome unless you have a connection…” Delta Air Lines notes in its story on the couple.

The couple, Brennan and Skyler, had known each other for two years and had been making trips together, and to see one another, throughout this period. The pair used Delta as their carrier of choice.

This connection with the airline was enough for Brennan to approach the carrier with a ‘proposal for his proposal’ (to Skyler), asking the airline to be involved in his big ask.

“Airplanes have a special place in our hearts. … Specifically, Delta jets brought us and kept us together…I have given a lot of thought to all the potential options for my proposal, and I keep coming back to somehow involving an airplane and Delta.” -Brennan

Let’s be honest, airlines receive thousands of inquires, requests, and complaints every day. Hopefully, there will be some messages of praise and positive feedback thrown in as well! Many of these correspondences may go unanswered, with only the most urgent and distressing cases acted upon.

Having this in mind, when Brennan sent his request to the airline (addressed to Delta CEO, Ed Bastian), he never expected a response. However, Delta notes that his email “quickly circulated around Delta at Bastian’s direction” and made its way to Erica Almena, who works on the CEO Executive Correspondence Team. “Within 24 hours, Brennan received a response from Almena, and the planning began,” the airline states.

“I’m a sap for a good love story…So planning this engagement with Brennan and our teams was like living a in a real-life romance movie!” – Erica Almena, CEO Executive Correspondence Team

The full story in all of its detail is quite lengthy- since Delta indeed went to great lengths in making Brennan and Skyler’s day memorable. While you can find the full story here, this summarizes what happened on the special day:

On the entire process, Brennan stated, “This experience has been above and beyond. We have never experienced such perfection…Delta will always be our airline and thus will be part of countless memories and celebrations in our future together.”

What do you think about Delta’s involvement in making Brennan’s proposal to Skyler extra special? Let us know by leaving a comment. 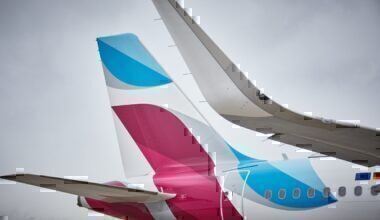 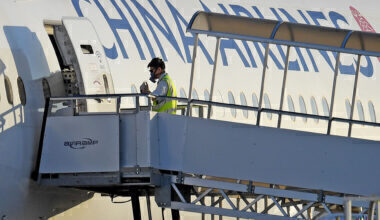