Delta Air Lines is asking its pilots to consider taking a pay cut in a bid to avoid furloughs. The move comes as Delta and the pilots’ union are working to reduce involuntary furloughs of over 2,500 pilots while, simultaneously, trying to help the carrier survive the current crisis.

CNBC reports that Delta has proposed a 15% cut to minimum pay for pilots in a bid to reduce furloughs. Essentially, the carrier believes it will be able to avoid furloughs for a year if pilots agree to the lower minimum guaranteed pay.

The moves come after Delta posted an over $3 billion loss for the second quarter of 2020. While the carrier was previously upbeat about some increasing travel demand and rebuilding its route network, the recent surge in viral cases in the United States has tapered those expectations, and Delta is pulling down flights next month.

In addition, the carrier’s financial woes will likely continue– especially with the oncoming fall and winter, which are some of the lower seasons for travel. Plus, Delta continues to block out middle seats (and likely will extend it), reducing capacity onboard its planes.

Pilots’ union is not happy

Delta’s pilots’ union was not impressed. Capt. Ryan Schnitzler, Chairman of the Delta Master Executive Council, released a letter blasting some of the airline’s moves, which Simple Flying viewed. Capt. Schnitzler stated the airline did not offer any sort of partially paid leave, even as other carriers do so.

Capt. Schnitzler went further to state that the carrier is “treating the 2,558 pilots who received WARN notices like hostages.” Those notices were sent out before the closure of the Voluntary Early Out Program (VEOP) window on July 19th.

What is interesting about the carrier’s proposal is that Delta believes it can avoid furloughs for a year, even with reduced travel demand. The reason for this, however, can be easily deduced.

First and foremost, pilots are expensive to train and to retain operationally. American Airline’s CEO Doug Parker has repeatedly stated that it is unwise to let a pilot go in October if they are needed next summer. Delta is following a similar pattern by ensuring it is the right size it needs to be for summer 2021 by fall 2020.

Federal support for airline employees ends on September 30th. This means that, from October 1st, airlines can furlough employees and end up the right size for next summer. However, at the end of that summer season, or about one year out from when Delta can furlough, it will be anyone’s best guess what the air travel industry could look like.

Much of this will depend on the current timeline of the coronavirus pandemic. If passengers are confident to fly again and there is a vaccine, then the carrier would likely continue to rebuild and may not need to furlough. However, if the situation remains volatile, then Delta would probably need to go ahead with the dreaded task.

Simple Flying reached out to Delta for comment; however, the carrier was not immediately available for comment.

What do you think about Delta’s proposal to pilots? Let us know in the comments! 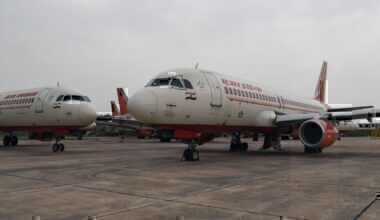 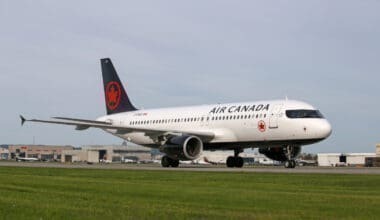