The Airbus A220-300 is basically a larger version of the A220-100 with additional seats and a slightly longer range. Most of the components, however, are the same. Additionally, pilots can fly either variant with the same type rating. Operators of both versions will certainly appreciate the similarities, because they result in significant cost savings.

Airbus will assemble the A220-300 at its brand-new facility in Mobile, Alabama once it has been built. As a matter of fact, construction of the plant has not even started but is expected to begin later this month. The new facility will be located next to the Airbus A320 assembly facility at the Mobile Aeroplex at Brookley. The Airbus A220-100, on the other hand, is assembled in Mirabel, Canada.

On Wednesday Airbus officially posted the first job openings for its A220-300 assembly line. The aircraft manufacturer is expected to hire as many as 600 employees over the next 18 months. Airbus also stated that production of the aircraft is scheduled to begin in the third quarter of 2019.

Why did Delta order additional A220s?

According to Gil West, Delta’s Chief Operating Officer, “(t)hese additional A220 aircraft will continue to strategically enable Delta to refresh our fleet, drive further advances in the customer experience and serve as an excellent investment for our customers, employees and shareowners for Delta into the next decade.”

Christian Scherer, Airbus’ Chief Commercial Officer, added that Delta’s cabin on the A220 is “setting a new standard in short-haul flying. The A220 will provide passengers with a level of comfort and convenience that makes flying a pleasure again, while meeting Delta’s high standards for efficiency and reliability.”

In addition to offering spacious cabins, the Airbus A220 is very fuel-efficient and has low operating costs. All these attributes make it a great choice for Delta.

Will the Delta A220 launch be delayed?

As Simple Flying reported, Delta Airlines had anticipated launching commercial flights on the Airbus A220 by the end of this month. Initially, Delta will provide service from New York La Guardia to Dallas/Fort Worth and Boston Logan.

The partial shutdown of the U.S. government, however, could delay Delta’s plans, because the airline is apparently still missing the final FAA approval for A220 operations. Unfortunately, Delta will not be able to obtain the approval until the shutdown has ended, and the FAA employees have returned to work.

Nonetheless, Delta’s A220 flights will undoubtedly commence in the near future. The airline has received four A220s to date. It will be the first U.S. airline to operate the aircraft on commercial flights.

Are you looking forward to Delta’s A220 flights? 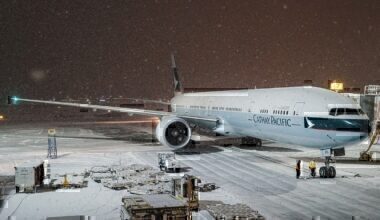 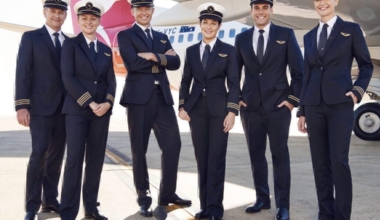 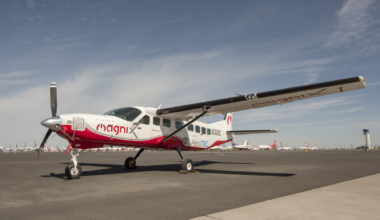