On Wednesday 7th August a Delta Airlines McDonnell Douglas MD-90, serving flight DL-1412, had to return to Atlanta airport shortly after takeoff. The cause of the diversion was a fault with the landing gear on the MD-90, registered N926DH. Passengers reached their final destination, Cincinnati, KY, onboard a replacement MD-90 following a delay of 2.5 hours.

Flight DL-1412 was initially assigned to one of Delta’s Boeing 737-800s. When this original aircraft was unavailable, the flight was switched to the first of two replacement MD-90s.

According to The Aviation Herald, the MD-90 registered N926DH suffered a jammed main gear strut after climbing to 14,000 feet. This resulted in the landing gear getting stuck in the extended position.

Following attempts to rectify the issue by the flight crew, the aircraft returned to Atlanta Airport, landing on runway 26R 45 minutes after it first took off. Passengers reported it was unusually loud in the cabin following takeoff, but they attributed this to the age of the aircraft.

Delta responded to Simple Flying’s request for comment on the incident, saying:

“Delta flight 1412 returned to Atlanta shortly after departure out of an abundance of caution due to a landing gear issue.”

The Delta MD-90 registered N926DH was first delivered to China Eastern Airlines back in December 1998. After 12 years in service with the Chinese carrier, it was sold to Delta in August 2010, where it has remained in service since.

At almost 21 years old, N926DH is one of an aging fleet of 33 McDonnell Douglas MD-90s still in operation with Delta.

In fact, Delta is the only remaining airline operating the McDonnell Douglas MD-90, and was also the first airline to take delivery of an MD-90 back in 1995.

Since the final aircraft rolled off the production line way back in 2000, Delta’s love affair with the MD-90 has continued.

However, it does look like it’s finally coming to an end as the airline has announced comprehensive plans to retire the fleet over coming years. This will include the retirement of 40 of the smaller and older MD-88 this year alone and eventual retirement of the MD-90 in 2022.

The new alternative for regional flights

With the retirement of Delta’s McDonnell Douglas MD88s and MD90s, a gap will open up within the fleet for aircraft which can serve regional flights. The Airbus A220 has been touted as a capable short term replacement, with its impressive fuel economy and modern interior which make it ideal for Delta’s internal flights.

The A220 will also be assembled in a new Airbus plant in Mobile, Alabama beginning in late 2020.

Delta flew its first Airbus A220 service earlier this year from New York LaGuardia to Boston. The airline has taken delivery of a total of 18 A220s so far and could feasibly increase its order to make up for the loss of its MD88/90s.

Other competitors in the regional aviation market include the Mitsubishi SpaceJet, originally branded the Mitsubishi Regional Jet. Although much smaller than the Airbus A220, the SpaceJet is one of the many aircraft designed to serve the regional air travel market which is expected to grow significantly in coming decades. 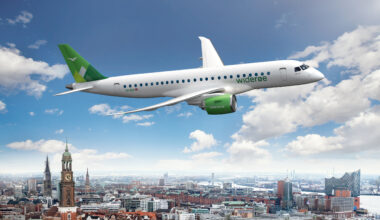 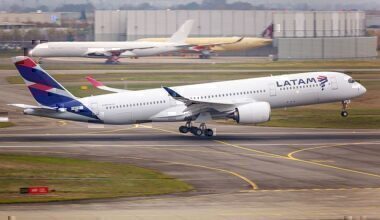