What Delta’s Partnerships Will Mean For International Flights

In 2019, Delta’s partnerships looked like they were going to be some of the most successful in the industry. With major partners in Australia, Asia, Europe, and Latin America, the opportunities for its loyalty members to earn and burn miles were incredible. However, in 2020, things are not looking as bright thanks to the ongoing global health crisis. Now, Delta’s partners are going to become smaller, and the airline, which is notoriously conservative when it comes to long-haul growth, will likely continue to prioritize connecting passengers over launching their own nonstop international services.

Starting in the land down under, Virgin Australia was making every attempt at challenging Qantas for dominance and bringing more passengers around. As part of the airline’s tie-up with Delta, the two offered a plethora of connections out of Los Angeles (LAX) thanks to Delta’s decent-sized operations in the City of Angels.

From LAX, Virgin Australia flew down to Brisbane, Melbourne, and Sydney. From there, passengers could connect onwards, say if they wanted to go to Perth or Adelaide, among others. This gave Delta an incredible reach into the continent– though not as much as American and Qantas’ highly successful partnership.

For passengers, this will mean higher fares, more connections, and fewer options for those looking to explore more of Australia. However, Sydney is a pretty nice place to visit when it does reopen for international tourists.

In Asia, Korean Air and China Eastern suffered some of the initial brunt of the crisis. Now, however, both airlines are starting to make a comeback. Delta offers flights to Beijing, Shanghai, Nagoya, Osaka, Tokyo, Seoul, and Manila (via Seoul) in the region. All of these routes are expected to be in service by October at the latest.

The one variable here would be India. Delta’s planning on resuming flights to India in December. Although, with the retirement of the Boeing 777-200LR (that has been serving the route thus far) and the carrier’s limited number of A350s, this is one route that could be suspended until Delta takes more A350s. Which, by then, the airline hopes international travel demand has fully returned or else made a meaningful rebound.

Air France and KLM are already smaller. Air France cut its Airbus A380s, and KLM is sending off its Boeing 747s. Over the next few years, there likely will not be too much of a meaningful impact on transatlantic flying. The joint venture between Delta and Air France-KLM will still be significant over the next few years during recovery because both entities will need to work hard to capture transatlantic revenue– normally one of the most lucrative revenue sources in the world.

As for Virgin Atlantic and Alitalia, the two are undergoing restructuring. Virgin Atlantic has a solid plan going forward, but any big growth plans will be off the table until 2024 at the soonest. Alitalia, on the other hand, was not doing very well before the crisis hit. Now, it is unlikely that the airline will chart an explosive growth plan in the coming years.

The biggest Delta story of 2019 was the carrier’s new partnership with LATAM. After a joint venture with American Airlines went south over court battles, LATAM turned to Delta to try and shore up its operations in a growing passenger market. However, LATAM has entered into chapter 11 bankruptcy. The carrier has already wound down its Argentinian subsidiary and will likely seek to get rid of some aircraft thanks to flexibility from the courts.

Delta has, historically, had a tiny share of the pie on Latin American flights. With LATAM, it hopes to grow that. Delta operates one daily flight from Atlanta to Buenos Aires (Argentina), Santiago (Chile), Lima (Peru), Sao Paulo (Brazil), Rio de Janeiro (Brazil), Bogota (Colombia), Cartagena (Colombia), and Quito (Ecuador). Some of these routes, including Sao Paulo and Rio de Janeiro, also see service to another Delta hub in New York-JFK. LATAM operates a much more extensive schedule between the US and South America.

While Delta and LATAM do plan on joining more of their network, it will likely take a few years for any of those new routes to come into play. LATAM will definitely be smaller, and Delta’s hubs currently remain underserved, given the wide breadth of connections LATAM can offer within South America.

For example, before the crisis, to visit Machu Picchu, Delta did not offer flights to Cusco, the nearest international airport, nor did it have any partners that it could offer connections on. This required Delta passengers to fly down to Lima first and find a separate ticket to Cusco. Now, with LATAM, Delta can sell connections to Cusco, Trujillo, Iquitos, Puerto Maldonado, Mendoza, Cordoba, and more just out of Lima.

However, until travel demand picks up, and even once it does, it is less likely that Delta will go out and add more flights to South America. Rather, per its filing with the US Department of Transportation (DOT), Delta seems content on letting LATAM fill in the gaps where necessary. Which, given the current trajectory­, appears to be several years out– perhaps towards the mid to end of the decade.

As for Aeromexico, the Mexican airline has also confirmed it will be emerging smaller with additional aircraft retirements. However, Delta can still leverage the strong transborder network that it has with the carrier. Flights to South America were a little less critical in the Delta-Aeromexico tie-up. Unfortunately for Delta, Aeromexico has also filed for Chapter 11 bankruptcy.

Would Delta ever fill in the gaps?

Delta Air Lines has been one of the most conservative carriers when it comes to international long-haul growth. In the past, however, the airline has had a very extensive global route map extending from Hong Kong to Cairo to Helsinki to Delhi and Dubai and more. Given the airline’s current trajectory, it likely will not have the planes to replace some lost routes.

Aeromexico, LATAM, and Virgin Australia will be flying less to the United States– meaning the end of more nonstop service. Delta’s unlikely to step in on a large number of routes. For passengers, this means more connections. Between Air France, KLM, and Korean Air, Delta will likely still have a robust network. But, it may rely on some of its partners to take over for Delta’s aircraft retirements, or else, working together, the airlines could agree to reduce some overall services.

What do you think Delta’s international long-haul network is going to look like? Let us know in the comments! 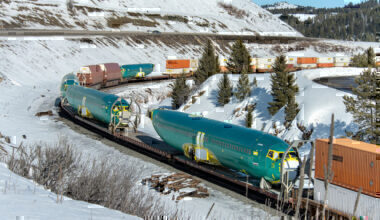 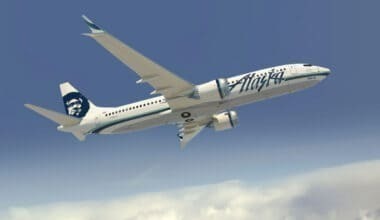 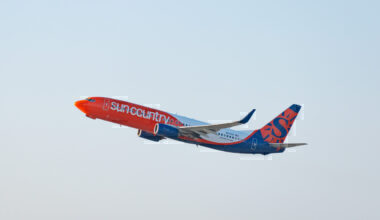 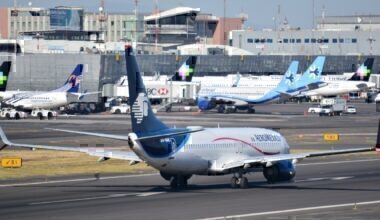