Delta Air Lines Doubles Down On Drive For Premium Revenue

It has been a difficult two years for Delta Air Lines. As traffic all but disappeared, Delta entered crisis mode and worked to make it through the crisis. As it worked to manage near-term capacity, several trends became apparent. Premium cabin bookings and revenue started to come back strong, and that trend has continued. This has renewed Delta’s push to drive for an expansion of its premium-focused revenue.

Speaking at Delta’s investor day this Thursday, various executives described its strategy and how it has paid off. In the aftermath of the merger with Northwest Airlines, Delta started to make a push to drive up its revenue from premium cabins and thus its premium brand positioning.

Delta has come a long way

In the aftermath of the merger, Delta Air Lines saw some worrying results in its revenue mix. President Glen Hauenstein described the evolution:

Two underlying factors give Delta confidence that it will reach that target. The first is that premium cabin margins have been performing roughly ten points ahead of economy margins, indicating resilient demand for products that offer more space or an upgraded experience. The second is that Delta’s strategy has continued to pay off, and its overall first class paid load factor has increased.

What Delta is planning

Delta Air Lines is doubling down on its strategy even further. There are two elements to this: revenue and seat capacity. In 2014, about 24% of Delta’s revenue came from premium cabins. By 2024, Delta wants to grow that to 36%. By 2024, the carrier shared with investors that it would like to see over $50 billion in adjusted total annual revenue. It expects 39% to come from main cabin products and 25% from other streams, including the loyalty program and cargo.

Delta also plans to increase its average fleet gauge. From an average of roughly 97 seats per aircraft in 2009, Delta plans to get to over 150 seats per departure. In 2021, the airline is sitting at approximately 131 seats per departure, buoyed by an expanded fleet of higher-gauge Airbus A321s that replaced the aging McDonnell Douglas MD fleet.

Over the next few years, Delta plans to get to 150 seats per aircraft, though that does not mean it is looking at bringing down its percentage of premium seats. In 2009, roughly 9% of Delta’s available seats were considered premium (above economy class). In 2021, Delta is sitting at roughly 27% of its seats as premium seats across its fleet. As it reaches a gauge of over 150 seats per aircraft, over 30% of its seat mix will be a premium cabin.

This helps explain part of the airline’s slowdown in the growth of paid domestic first class load factor. There are only a few points of growth in paid seat load factor from 2019 to 2024. This is still a sizable amount considering Delta is also adding more premium seats into the overall ecosystem.

What this means for frequent flyers

One of the perks of being a frequent flyer is being able to receive a complimentary upgrade from economy to a premium cabin. Depending on your elite status level, you may receive an upgrade at the time of booking or as soon as just a few minutes before departure. With Delta looking to sell more of its premium seats, the airline is expecting to have fewer premium seats available for elite upgrades. This will not be the same across all routes, and there will still be upgrades available, though some very frequent flyers may notice a difference.

However, this does not necessarily mean that a premium cabin will be unattainable for Delta’s loyal travelers. First and foremost, Delta has worked on segmenting its product and offering a variety of fare structures. In the premium sphere, Delta offers four products: Comfort+ (extra-legroom economy), Premium Select (international premium economy), domestic first class (a recliner-style product that is similar to Premium Select), and Delta One (international lie-flat business class).

Note that first class and Delta One are usually not available on the same routes, as the former is designed for domestic and near-field international flying while Delta One is reserved for the most premium domestic routes and long-haul routes.

Given this segmentation and expansion of premium seat counts, Delta will also be able to offer more premium products at more price points. This means some elites may be willing to pay more and guarantee a minimum upgrade. Fares and pricing will continue to be dynamic, but it is worth paying attention to the different fares when booking a trip.

The other benefit is that there will be a continuing upgauge of the airline. Mr. Hauenstein explained this in the context of some of the fleet moves:

This is similar to the story that United has told about its fleet transition. Note that this is more of a cascade effect. When Delta takes on a new Airbus A321 (or Airbus A321neo) or a Boeing 737-900ER, it frees up an aircraft like a Boeing 737-800 or Airbus A320 that then can replace an Airbus A220 or A319 that then can replace an Embraer E175, and so on, ultimately leading to the replacement of the CRJ200 with a larger regional jet.

In short, Delta’s push to be a premium airline continues. The airline has plans to keep growing its premium seat count and offerings over the next few years. While the premium fare and upgrade ecosystem may look different, the sum benefit should be more options to buy into and guarantee a premium product. 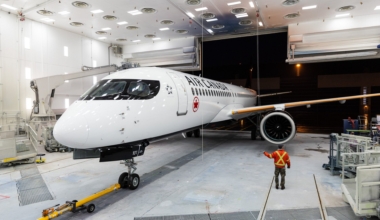 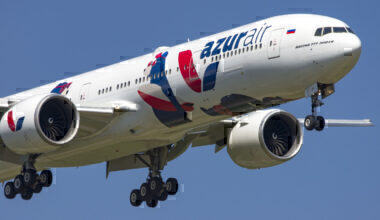 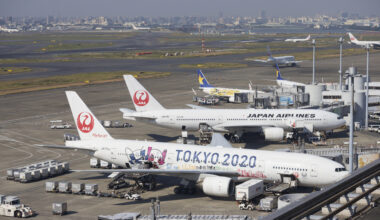