Delta Air Lines’ TechOps teams completed the first engine maintenance visit of a Rolls-Royce Trent 7000 engine from a Delta Airbus A330-900neo. The visit happened at the airline’s maintenance center in Atlanta and continues Delta’s quest to be a leading maintenance provider as well.

“This successful milestone furthers the progression of Delta TechOps’ next-generation engine programs. Our teams continue to perform world-class work despite the many challenges posed by the pandemic. We look ahead to expanded volumes of these next-generation engine types in 2021 and beyond, especially the service work to be done for our MRO customers.”

Delta expects to do many more Trent 7000 engine maintenance visits from other airlines as it seeks to grow its maintenance profile globally. The TechOps’ Assembly Shop, Repair & Support group, Engineering, and other teams spent months preparing to conduct engine maintenance. Before the crisis hit, aviation maintenance technicians and inspectors visited the Rolls-Royce shop in the UK for training on the jet engines.

Delta has been working to build up its maintenance portfolio. In September of 2020, the airline completed its first Pratt & Whitney engine maintenance visit. It was a PW1100G-JM engine, which will power Delta’s future Airbus A321neo aircraft.

In early 2019, Delta Air Lines unveiled the world’s largest jet engine test cell in Atlanta. The plan was to get the test cell facility up and running to conduct maintenance on Rolls-Royce Trent 1000, Trent 7000, Trent XWB engines, and Pratt & Whitney PW1100 and PW1500 variants of the GTF engine (Geared Turbofan).

The facility can safely run a mounted, stationary engine at full power with 150,000 pounds of thrust, which means the airline can safely handle a large swath of engines, ranging from those powering smaller narrowbodies to large widebodies.

Handling maintenance in-house gives Delta some more control over its maintenance procedures. Many airlines do have their own maintenance arms and take care of as much as they can. These airlines also work with other airlines and air operators to maintain planes.

The Rolls-Royce Trent 7000 engine was created for the Airbus A330neo family of jets. The Trent 7000 is Delta’s choice to power its Airbus A330-900neos. Airlines generally tend not to split up their engines when choosing a fleet. Having a diverse array of engines on a fleet creates added inefficiencies, resulting in an increased cost.

This, however, is not an issue with the A330neos. Airbus does not currently offer another engine option aside from the Rolls-Royce Trent 7000 engines to power the A330neos.

Are you glad to see Delta complete a new milestone with its engine test facility in Atlanta? Let us know in the comments! 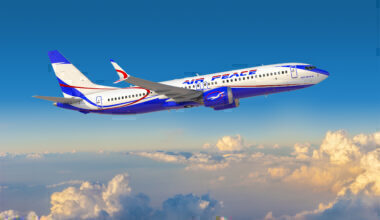 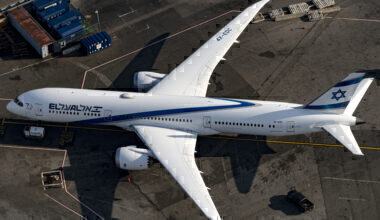 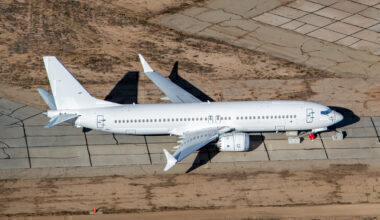