From 70 To 0: The Demise Of Air France’s Quadjets

Air France has a rich history when it comes to quadjets. The Boeing 747 in all its forms was part of the carrier’s fleet for decades, and it has operated almost every variant of the ‘jumbo jet.’ More recently, the double-decker A380 gave it extra capacity on long-haul routes. However, since the turn of the century, the number of Air France quadjets has fallen from around 70 to none at all. Let’s take a look at how this happened.

Air France’s quadjets in a nutshell

Let’s begin by establishing exactly which quadjets have graced Air France’s fleet over the years. Starting with Airbus models, data from ch-aviation.com shows that the Paris-based SkyTeam founding member has operated two variants of the A340. These were the two initial versions, namely the -200 and -300. Air France was a launch customer for the A340.

Airbus has only produced one other quadjet family in its time, which is, of course, the double-decker A380. Air France was the fourth carrier to fly the superjumbo, receiving its first of 10 examples in 2009. It fitted the A380 with a four-class, 517-seat configuration.

When it comes to Boeing, its four-engine 747 family is perhaps its most famous design of all. The French flag carrier bought into the jumbo right from the start, and has operated versions of the -100, -200, -300, and -400 variants over the years.

These have included pure passenger 747s, passenger and freight-carrying ‘Combis,’ and specialized cargo versions. Sadly, Air France now has no active four-engine aircraft in its fleet. But how exactly did this decline in quadjets at the carrier come about?

When you look at quadjet deliveries to Air France, there could be an argument that the demise of such planes at the French flag carrier has been a long time coming. After all, ch-aviation’s data shows that, since 2000, there hasn’t been a year in which the airline has taken delivery of more than three aircraft that sport four engines.

Of these, the carrier received last passenger-carrying examples in 2003 and 2004. Freighter deliveries persisted at a rate of one a year until 2007, although there was a brief hiatus in this regard in 2006. Overall, Air France’s 747s arrived over a 36-year spell.

Following the final 747 delivery, Air France registered another blank year when it came to incoming quadjets. The airline got the ball rolling again, with the first of its 10 Airbus A380s. 2010 was its busiest year for receiving the superjumbo, with three coming onboard. From there, delivery rates slowed, and it received its final A380 in 2014.

While Air France’s quadjet delivery rates have remained low throughout the 21st century, the overall makeup of its four-engined fleet boasts more impressive numbers. Using data from ch-aviation, we can see in the graph below that the number of quadjets at the French flag carrier peaked at around the 70 mark in the early to mid-2000s.

The airline began the 21st century with passenger, Combi, and cargo versions of the 747-200 in its fleet. However, these had all left within a decade of the new millennium. The French flag carrier’s 747-300Ms lasted even less time, and were all gone by 2007.

Being the newest variant of Boeing’s jumbo jet, it is understandable that Air France’s 747-400s were with the airline much more recently. Indeed, it was 2016 by the time the French flag carrier’s final passenger-carrying 747-400s had departed. The last cargo-carrying 747-400F had left the airline a year previously. But what about more recent departures?

Air France’s 22-strong A340-300 fleet was one of the more consistently quadjet cohorts at the French flag carrier after the turn of the century. Indeed, an impressive 20 or more of these four-engine Airbus planes were present at the airline until at least 2006.

Although numbers began to decline thereafter, it wasn’t until 2020 that the airline called time on the type. With the onset of the coronavirus pandemic rendering the aging A340-300s surplus to requirements at Air France, the carrier retired its final example last May.

The global health crisis also spelled the end for Air France’s A380 fleet, despite the airline having only operated the superjumbo for little more than a decade. That being said, the end was near for these behemoths, with one already having been retired.

The rest were slated for withdrawal in 2022. However, the onset of the pandemic expedited this process as it rendered them and their additional capacity surplus to requirements as demand fell. Air France operated a final A380 farewell flight in June 2020.

So, where does this leave Air France’s long-haul fleet now? Like many airlines around the world, the French flag carrier is now looking to modern and efficient twinjets to operate its intercontinental services. It should have no problem doing so, with a variety of both Airbus and Boeing twin-engine widebodies still in its fleet. These are as follows.

What are your memories of flying on Air France’s quadjets? Did you have a particular favorite four-engine aircraft at the French flag carrier? Let us know your thoughts and experiences in the comments. 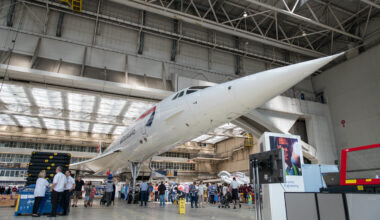 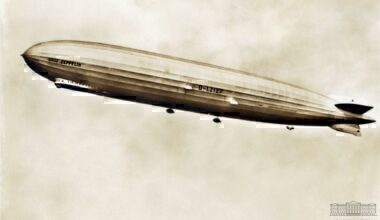