The Aviation Herald reports the Key Lime Air aircraft was on a visual approach to Centennial Airport’s runway 17L. The pilot was cleared for approach and passing through 6,400 feet around three nautical miles north of the runway’s threshold.

The Cirrus aircraft was cleared for a visual approach to runway 17R. The pilot was made aware of the Key Lime Air aircraft coming in on the parallel runway. As the plane passed through 6,400 feet, three nautical miles north of runway 17R, the Cirrus overshot the centerlines of both runway 17R and 17L.

At this point, the two planes collided. The Aviation Herald report indicates the Cirrus aircraft struck across through the fuselage of the Key Lime Air plane just above the wings taking out the whole cabin section at that point. The Key Lime Air pilot declared an emergency, telling local ATC the right-hand engine had failed and a parachute had deployed from the other aircraft.

Video sent to us by Alan Rodriguez shows the Cirrus SR-22 that crashed floating down to the ground with help of a parachute. We have new statements from the NTSB, FAA and Key Lime Air in our updated story: https://t.co/euc54B2nJM pic.twitter.com/vfl1DAcOXP

Lucky escape for occupants of both planes

Images of the damaged Metroliner suggest its pilot had a fortunate escape and demonstrated considerable skill in getting the plane onto the ground and walking away. Audio recordings reveal a very cool and collected Metroliner pilot declaring an emergency and ATC scrambling to clear other traffic around the airport.

Apparently this metro got sliced in half by a Cirrus this morning and lived to tell. pic.twitter.com/FHtW0Ci6Dr

Photos posted online show the Cirrus ended up on its belly in a field. Both occupants of the plane were uninjured. The Cirrus SR-22 was owned by Independence Aviation, a training school based at Centennial Airport.

Cirrus aircraft lands with assistance from a parachute

A Key Lime Air spokesperson said their Metroliner had been “struck by another plane in a statement provided to Denver media outlets.” The Denver-based airline said its aircraft suffered substantial damage to its empennage and tail section.

“We are participating in an active investigation of the incident with the FAA and NTSB. As information comes to light, if authorities deem it appropriate to share with the public, we will do so,” the spokesperson said.

“We cannot express the gratitude we have, company-wide, that no one was injured. We thank all those who have reached out with concern for our company and its people.”

Footage posted online shows the Cirrus floating downwards with the assistance of a parachute. That plane also suffered extensive damage, with reports of debris scattered throughout the area.

Both the Federal Aviation Administration and the National Transport Safety Board have launched investigations into the accident and sent personnel to the scene. 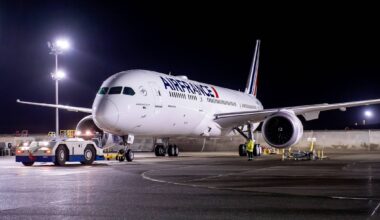 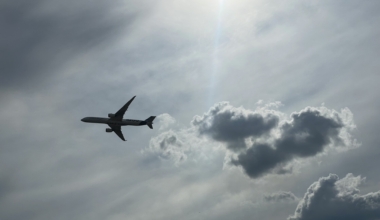 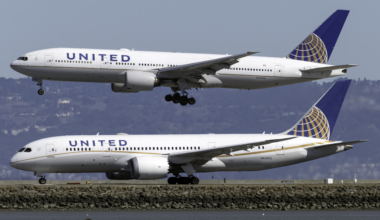