We love aviation history at Simple Flying. While the planes, their manufacturers, and crew are at the forefront of the historic narrative most of the time, the on-ground hubs around which it all revolves – the airports – also deserve their time in the spotlight. Let’s take a closer look at the evolution of Detroit Metro, or, to call it by its full name, the Detroit Metropolitan Wayne County Airport.

One square mile for mail transportation

The airfield, initially named simply Wayne County Airport, opened on September 4th, 1930. It began with a surface area of one square mile and, like many other airports during that time, with United States airmail. Over the following decade, the airport also hosted parachuting events and small propeller planes such a the Kadiak Speedster, built by Detroit-native airplane designer Everett David.

In the 1940s, the US Army assumed control of the airport to support the World War II effort. The army built new hangars, runways, and other facilities at the airport. Furthermore, it was renamed the Romulus Army Air Field, after the Michigan city where it is located.

The army used the airport as a staging base for transferring aircraft to Europe. However, in 1943, it also stationed 107 Women Airforce Service Pilots (WASPs) at Romulus to ferry military planes across the US. One year later, the army announced it would release the airport. Three years after that, the airport was renamed Detroit-Wayne Major Airport and saw its area extended to four square miles.

In 1956, the Civil Aeronautics Administration (CAA) decided that Detroit was to be one of the cities to receive long-range radar in order to prepare the US for civil jet traffic. The first jetliner to touch down at Detroit Metro was a de Havilland Comet, landing November 12th, 1958. By 1969, the airport was handling 5.56 million passengers per year.

The latter opened in 2008, the same year the L.C. Smith and Berry terminals were retired.  Between them, the two operating terminals have 129 in-service gates. Before the plummet in early 2020, the airport served over 35 million passengers annually.

Detroit Metro serves as a major hub for Delta Air Lines, serving as the airline’s gateway to Asia for the eastern US. It is also a focus city for ultra-low-cost-carrier Spirit, which serves 26 destinations from the airport (including Miami, which will be added in November).

Even under current circumstances, the liveries of four foreign airlines can be seen making regular appearances on the DTW taxiways. Royal Jordanian flies from Queen Alia Airport in Amman via Montreal, Canada, operating one of its 787-8 Dreamliners on the route.

Air Canada Express also operates to Detroit from Canada, but from Toronto Pearson and with a CRJ-200ER regional jet. Lufthansa flies a non-stop service to Detroit from Frankfurt, operated by one of its Airbus A330s. Finally, Air France’s 787-9 Dreamliners also visit Detroit from Paris Charles de Gaulle on a daily basis.

What are your travel memories from Detroit Metro? Please share your story with us in the comment section below. 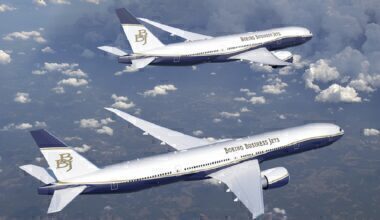 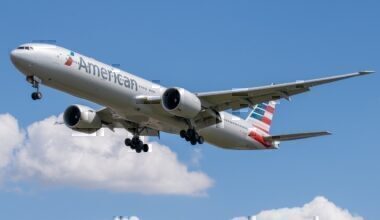 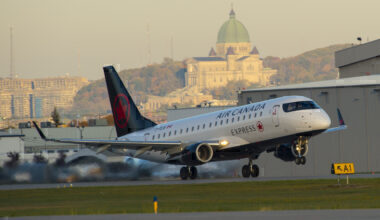