How Will EASA Certify The Boeing 777X?

The European Aviation Safety Regulator (EASA) will demand more scrutiny of Boeing’s forthcoming 777X before certification is granted. The agency has raised concern over levels of redundancy and says it will follow a thorough process to ensure its safety. Boeing currently plans to certify the 777X as a derivative of the 777-200, an aircraft that was certified in 1995.

EASA will demand more scrutiny of the 777X

Boeing officially confirmed the rumors that its newest flagship aircraft, the 777X, would not enter service until at least late 2023. While there are multiple forces pushing the launch date back, one of them appears to be concerns from the European aviation regulatory body.

According to reporting in Aviation Week, the European Aviation Safety Agency (EASA) is demanding scrutiny that goes far beyond the flight control systems of the new plane. Boeing is being tasked with implementing a variety of modifications to its design, including “firmware and hardware changes to the actuator-control electronics.”

In a statement to Aviation Week, EASA said,

“EASA has said that it will increase its scrutiny on the flight-control system on the 777X, and we have started the discussions with the FAA and Boeing on this. We are not commenting in detail on the scope of our activities, but we will indeed be conducting a more in-depth review of the aircraft-critical changes as part of our lessons learned from the 737 MAX. We will be following a thorough process to ensure the safety of the aircraft.”

In the past, aviation regulators around the world have largely followed the lead of the US regulator, the FAA. However, following the disastrous turn of events involving the 737 MAX, regulatory bodies were expected to begin taking more of a lead in conducting their own certification checks. It seems this holds true with the EASA certification of the 777X.

Because the 777X is a derivative of the existing 777-300ER, it was not expected to be certified as a new plane type. Therefore, the certification process would only consider any items that have been substantially altered from the original type, making certification easier and faster for Boeing.

However, EASA has raised some concerns on safety-critical systems, as well as those which it doesn’t feel provide enough redundancy. Specifically, it has cited parts of the electronic flight control system and the folding wingtips as areas of concern.

Aviation Week notes that EASA’s ‘watch-list’ contains many items that it wishes to have oversight on as part of the certification process. One airline executive told the publication that the requests are so significant, they have the potential to delay the program by several years. The CEO of one 777X customer added that,

“We knew that certification was going to be an issue given the MAX saga. It was inevitable that the 777X would come into the crosshairs. The same certification methodologies employed by Boeing on the MAX were used on the 777X and hence the detailed scrutiny by the likes of EASA.”

The 777X was set to be certified as a derivative aircraft, something which Boeing had requested as part of its type certificate amendment. As such, the aircraft’s certification would only scrutinize areas where the new design differs from the 777-300ER, such as the folding wingtips. Other elements of the design will not be validated in a real-world environment.

Moreover, the 777-300ER was not an aircraft that was certified as a new type. In fact, this aircraft led the charge for the ‘derivative aircraft’ rule change when the FAA approved the concept of “grandfather rights” for the -300ER, using the 777-200 as a base. This means the new 777X, according to this rule, would be largely certified on the -200, which was approved more than 15 years ago.

FAA administrator Steven Dickson has already noted that some changes to the grandfathered certification of derivative aircraft could be expected in the wake of the MAX disaster. Without specifying how this might look, he told the Aviation Club of the UK last week that,

“We will take some of the processes that we’re using now with the 737 MAX, such as the technical advisory board, with the 777X.”

With more oversight from international regulators anticipated and the potential that even the FAA might move to undertake a clean sheet-style certification of the type, the late 2023 date for service entry could even turn out to be overly optimistic. 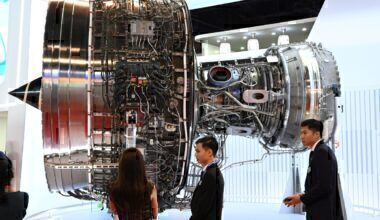 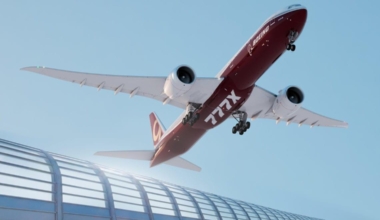 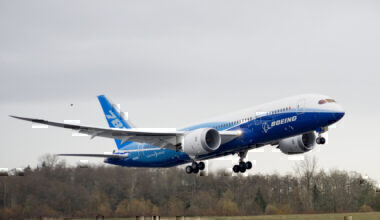