The first Egyptair flight to Cairo from Tel Aviv landed at Ben Gurion Airport today. This touchdown symbolizes a breakthrough in relations between Egypt and Israel, kicking off a new chapter for the two countries.

Four nonstop official Egyptair flights are due to operate a week between Ben Gurion and Cairo. According to The Times of Israel, this move follows the meeting of Prime Minister Naftali Bennett and Egyptian President Abdel Fattah el-Sissi in Sharm el-Sheikh two weeks ago.

This rendezvous marked the first public visit to Egypt by a serving Israeli leader in over ten years. Overall, there are hopes of deeper ties between the two nations going forward.

Air travel between the two cities hadn’t been entirely suspended. However, amid political tensions, operations of this manner weren’t so outwardly promoted.

“Paper company” Air Sinai had been operating flights for parent Egyptair on the Cairo-Tel Aviv route since 1982. In recent times, the carrier had been sporting a pair of all-white Airbus A220s. The lack of livery was to divert attention away from the service.

Now, the need for such a secret operation doesn’t need to exist. Authorities are proud of the new EgyptAir launches.

“The Embassy of the State of Israel in Egypt welcomes the resumption of flights by the airline, EgyptAir, after a long period of suspension due to the outbreak of the coronavirus,” the Israeli Embassy in Cairo tweeted.

“The resumption of direct flights is an important and welcome sign of strengthening bilateral relations between the two countries, especially economic relations.

These launches carry on a general pattern across the Middle East and North Africa, enabling the launching of flights to Israel from additional countries. The peace deal between Israel and the United Arab Emirates last summer signifies the cooling of tensions in this field.

Airlines in the UAE had begun operating historic scheduled services to Israel. Other countries also have followed suit. For instance, El Al and Israir both started flights to Morocco this year. Additionally, Bahrain’s GulfAir conducted its first direct flight to Israel last week.

Altogether, there was already a market for flights between Israel and Egypt. Now, with public declarations of warming relationships, there will undoubtedly be plenty of growth prospects for airlines based in the two countries.

What are your thoughts about EgyptAir’s flights between Cairo and Tel Aviv? What do you make of the overall operations? Let us know what you think in the comment section. 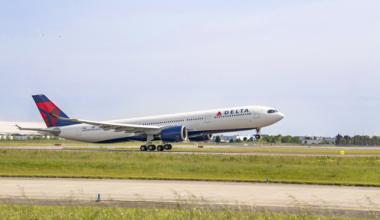 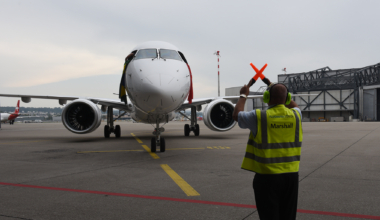