Yesterday, an El Al flight from New York to Tel Aviv flew under a fighter jet escort for the latter stages of its journey to Israel’s second-most populous city. The reason that the Israeli flag carrier’s Boeing 787 was accompanied by the military aircraft is said to have been a suspected bomb onboard. Let’s take a look at how the incident panned out.

FLight LY2’s scheduled departure time from New York JFK has been set at 16:00 for the last four iterations of the service. Looking further back, it has departed the Big Apple at a wide variety of times, ranging from 01:40 to 20:50 local time.

In terms of the current 16:00 departures, the flight’s arrival into Tel Aviv is scheduled to occur at 09:30 local time the following morning. This gives a total planned flight duration of 10 hours and 30 minutes. Alongside El Al (both its passenger and cargo divisions), US legacy carriers American Airlines and Delta also have a presence on this corridor.

The most recent rotation of El Al flight LY2 departed New York JFK on Thursday, April 29th. It did so slightly behind schedule, at 16:18 local time. Nonetheless, it made good progress, ultimately arriving into Tel Aviv 19 minutes early at 09:11 the following morning, just under 10 hours later. However, its latter stages were the subject of a military escort.

According to The Aviation Herald, the flight was over northern Spain when its crew advised air traffic controllers that the plane had a suspected bomb onboard. With this serious security concern in mind, NATO dispatched fighter jets to escort the flight as it passed over various Mediterranean countries during the remainder of its journey.

The first jets accompanied flight LY2 from Spanish to Italian airspace, whereupon Italian fighters took over the escort role. These military aircraft remained with the Israeli 787 until it reached Greece. According to Greek Reporter, the next leg of the escort involved two pairs of Greek General Dynamics F-16 ‘Fighting Falcon’ jets based in Araxos and Kasteli.

The Greek F-16s escorted the flight until it reached Cypriot airspace, where it was met by Israeli military aircraft. These fighter jets remained with the Dreamliner for the rest of its journey to Tel Aviv. It landed there safely, having been determined not to be under threat, around four hours after its crew had first alerted ATC to the potential bomb onboard.

The El Al aircraft that received the fighter jet escort yesterday morning was a Boeing 787-9 Dreamliner with the registration 4X-EDH. According to Planespotters.net, this is one of 12 787-9s in the Israeli flag carrier’s fleet. 10 of these are currently active. The airline also flies three examples of the smaller 787-8 variant, all of which are currently active.

4X-EDH is around two-and-a-half years old, having first arrived at El Al in October 2018. It bears the name Beer Sheva, and sports a three-class seating configuration capable of holding 282 passengers. SeatGuru shows that this consists of 32 ‘Business First’ flatbeds, 28 premium economy seats, and a 222-seat economy class section. According to RadarBox.com, the aircraft is yet to have flown since the fighter jet escort incident yesterday.

Simple Flying reached out to El Al for a comment on this incident, but did not receive a response by the time of publication. We shall add El Al’s statement upon receiving it.

What do you make of this incident? Have you ever been on a flight that has had an escort for part of the journey? Let us know your thoughts and experiences in the comments. 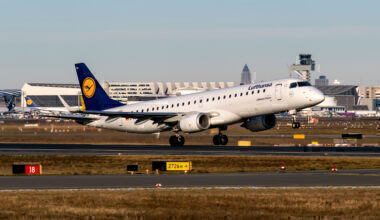 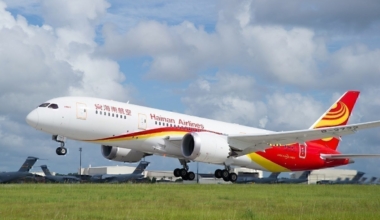 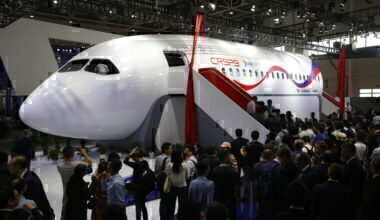 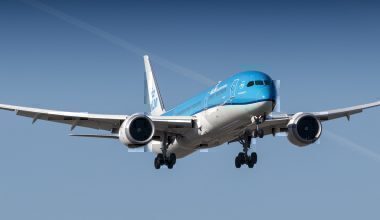