It has been confirmed today that El Al is it extending its flight suspension program until the end of August. Additionally, the flag carrier of Israel has shared that it has reached cost-cutting agreements with the nation’s leading labor union to enable a government bailout.

It has been a while

The global health crisis had forced the airline to suspend commercial passenger flights from March 27th. The operator cited strict travel restrictions in Israel, a significant drop in demand, as well as concerns for staff safety as the primary reasons behind the move.

These suspensions have been renewed since then, and even cargo services are now also grounded. Nearly all of El Al’s 6,500 members of staff have been on unpaid leave since the coronavirus outbreak in Israel. This mandatory furlough will now continue until the start of September. If commercial operations do resume at this time, then employees will be gradually brought back.

Reuters reports that the carrier has signed an agreement with the Histadrut trade union regarding its 650 pilots. These employees have been the last holdouts in the deal as flight attendants, mechanics, and administrative workers have already signed.

The pilot agreement alone would bring $105 million in spending cuts. However, the pilot’s association was not in favor of the deal, saying it was a move to secure state assistance and that there needs to be a final arrangement.

The company has said that it will ultimately go bankrupt without government assistance. The state has offered to guarantee bank loans and purchase a majority stake. However, it is demanding an overhaul, including $400 million in cutbacks. Altogether, El Al is expected to let go of approximately 2,000 workers as a result.

In a letter to his employees, El Al chief executive Gonen Usishkin shared that the airline has now met the necessary conditions to receive the bailout. He added that the plan involves parting ways with many individuals. The firm is also expecting salary reductions, and the giving up of benefits.

El Al’s board has agreed to an offer from the state to back $250 million in bank loans on condition that the airline issues $150 million in shares. The state said it would buy these shares if no one else did. This move would give the country majority ownership of the firm.

Altogether, it has been such a tough time for El Al and its members of staff. All parties involved would be eager to get back in action as soon as possible.

However, daily cases of the coronavirus are still prominent in Israel, impacting several markets across the country. Nonetheless, the securement of government assistance and a robust plan should see the company survive the industry crisis.

Simple Flying reached out to El Al for comment on the suspensions and bailout but did not hear back before publication. We will update the article with any further announcements.

What are your thoughts about El Al’s flight suspensions and government bailout? How will the airline progress over the remainder of the year? Let us know what you think of the situation in the comment section. 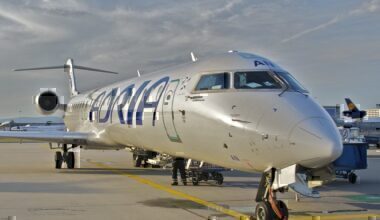