On Tuesday, the Israeli Airports Authority (IAA) has barred El Al from performing cargo-only flights, effectively grounding the airline from carrying out all flights. The move comes as the Israeli flag carrier has accumulated approximately $17.3m in debt to the airport.

Passenger flights in Israel remain prohibited until June 2020 amid the corona-crisis. Considering Israel has banned foreign nationals from entering the state, there is no passenger demand. Repatriation flights also remain scarce. Hence, El Al’s last means to earn was by operating cargo flights.

Now that the carrier’s flights are suspended, it is undeniably edging closer to bankruptcy.

Desperate for a government bailout

El Al has been waiting for months to be saved by the government with a $400m bank loan. To date, the parties have yet to agree on the bailout terms.

This could lead to a dire situation for the airline – one that might end up making the carrier insolvent.

An emergency meeting to discuss the terms took place yesterday evening, with Israel’s Transportation Minister Miri Regev in attendance, as reported by The Jerusalem Post. At the time of writing, there have been no reports on whether both parties have agreed on an outcome.

Simple Flying previously reported that El Al CEO Gonen Usishkin wrote a letter to Prime Minister Benjamin Netanyahu. In the letter, Usishkin told Netanyahu that he would be fully accountable if the carrier collapses.

Furthermore, Usishkin accused the government’s bailout conditions as a stab at liquidating the company. For context, conditions stated that the carrier let go of 2,000 employees and hand over the reins of the fiscal outlook to the government.

To make matters worse, 6,000 of El Al’s employees are on no-pay leave until the end of June. That’s a whopping 90% of its workers that remain in limbo.

If the government’s bailout proposal is agreed upon as it stands, one-third of these workers will lose their jobs permanently. The worker’s union has not accepted the dismissal terms – and rightfully so.

The IAA worker’s union is also speaking out against the ban on flights. As reported by The Jerusalem Post, “2,500 IAA employees currently on unpaid leave are set to stop receiving financial assistance on July 1.” The decision comes about as the state remains unable to open its borders to foreign nationals anytime soon, leaving the airport non-operational.

For now, El Al’s best bet is to hope its airline executives came out of the emergency meeting with agreed-upon reasonable terms. With El Al flightless, repaying its debt is the only way to survive.

Unfortunately, this might mean a slew of layoffs is looming.

Simple Flying reached out to El Al for comments but did not hear back before publication. We will update the article with any further announcements.

What do you think about the IAA’s ban on El Al’s cargo flights? Do you think the Israeli carrier will receive the bailout? Let us know in the comments. 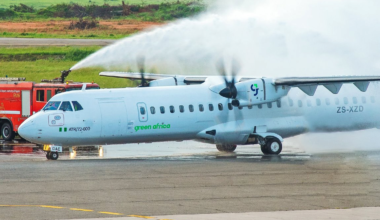 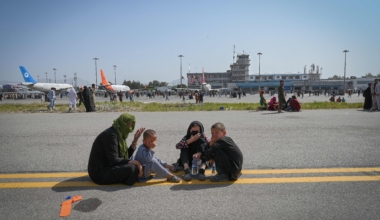