The International Civil Aviation Organization (ICAO) has raised security concerns over the safety of El Alto International Airport in Bolivia. Doubts about the airport have increased after aggressive demonstrations by government supporters disrupted travelers arriving into the city.

Bolivian authorities are already on rocky terms with the ICAO. Between October 14 and 24 of this year, the body conducted an audit of Bolivian aviation operations. This was decided after an accident in November 2016, involving Bolivian airline LaMia, which took the lives of 71 people. Continous incidents relating to BoA had also inspired the decision.

El Alto serves as the hub for passengers flying into Bolivia’s de facto capital of La Paz. The country has been going through political turmoil in the last few weeks, following allegations of electoral fraud by president Evo Morales. The Movement for Socialism party leader controversially won the national election on the 20th of October 2019. Although, unusual activity had led to widespread protests across the nation.

There was a sudden suspension of the vote count, in which Morales was not leading by a large enough margin to win the election. Citizens then had to wait a whole day before the results were published. The final count then showed a surge of votes for Morales, giving him a fourth term in power. Many Bolivians have expressed their frustration of the abnormal situation around the reporting of the vote count and have demanded a new election.

Yahoo News reports that in an effort to talk with Morales, President of Civic Committee of Santa Cruz, Fernando Camacho, flew from Santa Cruz to El Alto yesterday. However, a large crowd of Morales supporters was waiting for him at the airport. Furthermore, RTP Bolivia reports that these demonstrators were aggressive to tourists trying to exit the airport.

A question of safety

As a result of the security issues, there have been reports in Bolivia that the ICAO could sanction El Alto. Bolivian newspaper Los Tiempos reports that, in the most extreme case, there could be calls to remove its international certification.

The former director of Bolivia’s Superintendence of Telecommunications (Sitel), Wilson Villarroel, claims that security at the airport was deliberately not enforced by authorities.

“Government authorities have not made provisions for greater security, but have subtracted them in an unscrupulous manner, which may result in the certification being removed.”

2019 has seen a spread of political sensitivity throughout South America. These issues have also been causing problems with travel throughout the region. Last month, riots in Santiago, Chile caused flights operating at its airport to be delayed.

The instability in Venezuela has also caused aviation authorities to be concerned. Earlier this year, the Federal Aviation Administration (FAA) had issued an emergency order to restrict flights in Venezuelan airspace. The Venezuelan situation has had a knock-on effect across Latin America. Last month, The United States suspended flights to the majority of Cuban destinations due to president Raul Castro’s support for Nicolas Maduro’s disputed government.

The tensions in the area have to lead to many citizens migrating across the region and to other continents. More South Americans are heading across the oceans, with Madrid increasingly becoming a major hub for transatlantic operations. Along with this, Delta Air Lines will be keeping a close eye on the events, after expanding its stake in LATAM.

The United Kingdom Foreign and Commonwealth Office has now warned those traveling to or from El Alto to seek advice before traveling.

What are your thoughts about the situation at El Alto and other South American operations? Let us know your thoughts in the comment section. 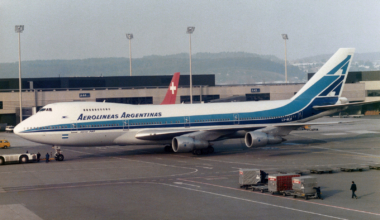 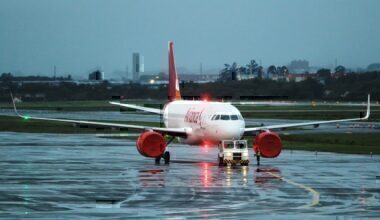 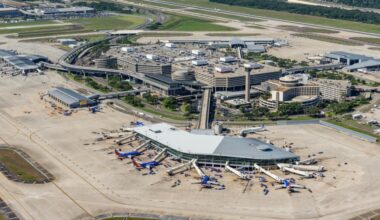