Norway’s regional airline Widerøe has a unique and hugely challenging problem on its hands. Its fleet of small turboprops are in desperate need of replacement, but no direct replacement exists. To add fuel to the fire, the Norwegian government is looking to them to make a step-change in reducing carbon emissions with its replacement. For Widerøe, is it electric or bust?

How can you renew your fleet when no replacement exists?

Espen Steiro, Director Regional Network at Widerøe, spoke at the recent AviaDev conference about the airline’s need for a replacement solution pretty soon. While Widerøe’s fleet renewal is not imminent, Steiro admits that something will be needed within the 2020s. He said,

“We need to replace our Dash 8-100s which are currently on a life extension programme.”

Life extension indeed. The average age of Widerøe’s fleet of 22 Dash 8-100s is 25.5 years. However, some in the fleet are rapidly approaching 30 years of age, making them some of the oldest in-service aircraft in Europe.

Since 2000, Widerøe has only operated DHC/Bombardier Dash 8 aircraft. Since 2012, they have been the only airline to operate every single variant of the Dash 8 simultaneously, and as of 2018, it has been the world’s largest operator of the Dash 8-100.

However, things are changing for the Norwegian airline. In 2017, it announced its intention to order as many as 15 new Embraer E2 aircraft. Widerøe was the launch customer for the E190-E2, receiving the first of the type in 2018.

The E2s are the first jets to join Widerøe’s fleet, and will take care of longer, more high capacity routes for them. But it’s the low density, regional routes where the airline has a problem.

The Dash 8-100, -200 and -300 have a unique ability to land on the very short runways that are common in remote areas of Norway. These aircraft are all aging, but as DHC/Bombardier has stopped building them, there is no direct replacement for them.

30% of Widerøe’s business is through PSO routes – Public Service Obligations that are vital to provide economic development and connectivity to the areas they serve. According to Widerøe’s website, there are 33 airports on its current route network that fall into the PSO bracket. These will often feature very short runways and are the routes most at risk by the airline’s aging fleet.

Although there is no direct replacement for the aging Dash 8s, ATR did come up with an interesting solution to this problem. The ATR 42 has been reengineered to allow it to land on runways as short as 800m. Called the ATR 42-600S, this short takeoff and landing (STOL) aircraft will seat up to 42 passengers, which is largely in line with the capacity of Widerøe’s Dash 8s it would replace.

On paper, the ATR 42-600S looks like a decent replacement for Widerøe’s aging turboprops. But there’s another issue.

The government is pushing low carbon

With so much of Widerøe’s STOL business coming from PSO contracts, it is in many ways beholden to the wishes of the Norwegian government. Steiro explained,

In a nutshell, Steiro is suggesting that it would be possible for the government to specify that only a low carbon or electric aircraft was to be used on these PSO routes. This doesn’t exist at the moment, but is something that could happen in the future, Steiro says. Although Widerøe cannot predict the future of the aviation marketplace, Mr. Steiro points out that similar conditions are already in place for ferry services in Norway.

“There are strong demands in place in regards to the electrocution of ferries, and that has led to a push to electrification. That could happen in aviation as well.”

And that’s a big problem for Widerøe. ATR’s Mark Dunnachie was present during the same panel discussion. He outlined the issue of making these bigger passenger planes into electric vehicles.

“Our head of engineering tells me that, if we were to make the ATR electric, we would need a 20-ton battery,” he said. When asked what the MTOW of the ATR is, he replied, “About that.”

While it’s certainly a huge challenge, at least with current technology, it won’t stop Widerøe from trying. In August, the airline announced a partnership with the UK’s Rolls Royce to investigate electric passenger planes for the future. There is a clear gap in the market for smaller commercial aircraft that need to perform short hops, and Widerøe with Rolls Royce want to lead the way in finding a solution.

Whether that project is successful remains to be seen, but having something ready to fly within Widerøe’s fleet renewal timeframe – well that’s in some serious doubt. 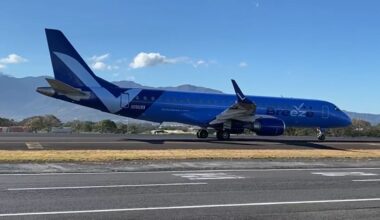 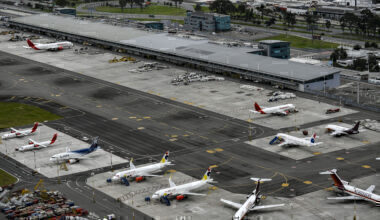 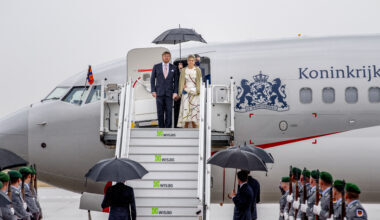 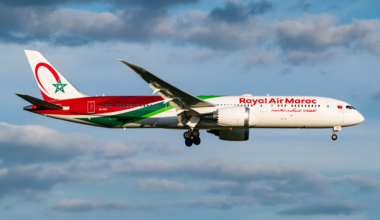