Elvis Presley’s larger than life character was matched with the way he traveled. His choice of air transportation included two private jets taken on in 1975 in the form of a Convair 880 and Lockheed JetStar. Let’s take a look at these two planes of the legendary rock and roll star.

The interior was modified with elegant sleeping quarters, a penthouse bedroom with a custom queen size bed, an executive bathroom with gold taps, and a gold washbasin. It even had a videotape system linked to four televisions and a stereo system with 52 speakers.

Presley could even make use of the conference room on board the aircraft. Moreover, his ex-wife also had input on the interior design of the plane.

“The plane was in a hangar at Meacham Field in Fort Worth, and for months Elvis took great pleasure in flying friends out to check on progress as the interior of the plane was refurbished to his very specific design requirements (he bought another plane to make those trips – a smaller Lockheed JetStar). Elvis wanted a seating area, a conference room, and a private bedroom on the plane (with space for an in-flight reading library),” Elvis Australia shares.

“He picked fabrics, decided on color schemes, chose the on-board audio-visual system, and even OK’d the gold fixtures in the bathrooms (he counted heavily on some aesthetic input from Priscilla, too). Elvis was especially excited about the fact that the same design team had previously customized Air Force One. The craft slowly came together as an airworthy mix of modem function and Graceland elegance.”

Presley took on the  Lockheed JetStar, nicknamed Hound Dog II for approximately $900,000 (≈$4.3 million today) as he awaited for renovation work to be completed on the Lisa Marie. It wasn’t the only unit of the type that he flew in. He also had a 1962 Lockheed JetStar, which he once joint-owned with his father,

Here is a look at the specifications of the two planes:

For the world to see

Presley would not fly on the two jets for long as he passed away just two years later in 1977 at the age of just 42. According to Rolling Stone, the two planes eventually ended up in the care of OKC Partnership, which agreed in the middle of the 1980s to display the aircraft at Graceland in exchange for a percentage of ticket sales. However, the situation became complicated in April 2014. Elvis Presley Enterprises wrote to OKC asking it to make arrangements to remove the planes by April of the following year.

Subsequently, Julien’s Auctions, which calls itself the auction house to the stars, announced the opportunity to own Elvis Presley’s private jets. It was undoubtedly excited to be part of this historic moment.

“While Elvis’s jet-setting lifestyle is apparent throughout the “Lisa Marie” jet which he used for his exclusive transportation and private air travel, the last flight the plane took was when it transported Priscilla Presley and Elvis’s good friend George Hamilton from California to his funeral. In 1984 the “Lisa Marie” made a ceremonious entrance to Graceland where it became part of the popular attraction,” Julien’s Auctions shared in a press release seen by Simple Flying.

“Millions of fans and tourists have toured both of the aircraft over the past thirty years. Elvis’ father, Vernon, sold the plane in 1978 and it changed hands twice but was purchased by present owners who formed a joint venture with Graceland’s owners to return it back home to Graceland.”

However, there was a twist of fate for the two planes. At the end of April 2015, Graceland shared that it was pleased to announce that an agreement had been reached for the Lisa Marie and Hound Dog II to permanently remain at Elvis Presley’s famous home in Memphis.

Lisa Marie also confirmed the update by showing her glee on Twitter. Notably, she shared that they will stay at Graceland forever.

Exciting news:I wanted 2 b the first to tell U: The Planes will remain at Graceland 4 ever! We own them and have fun plans 4 them as well 🙂

So, the two jets of one of the biggest musicians of all time look to remain at his Tennesee home. Undoubtedly many Elvis and aviation enthusiasts will be keen to see the planes for themselves.

Presley wasn’t the only entertainment legend of the middle of the 20th century to have a lavish jet. Rock legends such as Iron Maiden and Led Zeppelin also took the air with their own customized aircraft. However, these planes would end up with a different fate to the Lisa Marie and Hound Dog II.

What do you think about the two planes? Have you seen them on your visits to Graceland over the years? Let us know what you think of the aircraft in the comment section. 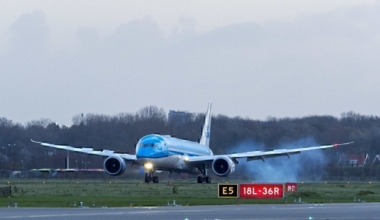 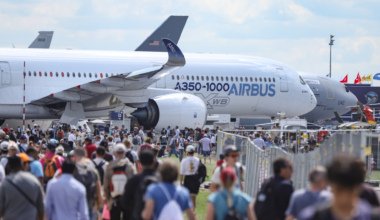