Which Airlines Have Ordered Embraer’s 195-E2?

Brazilian aerospace conglomerate Embraer has been developing its range of jet airliners over the last six years. The latest variant, the 195-E2, was rolled out in 2017 and eventually received its certification in April this year. Designed to compete with the Airbus A320neo, this narrowbody jet aircraft offers lower unit costing and the potential to develop a foothold in the mid-range market. Which airlines have ordered Embraer’s 195-E2 so far? Read on to find out where the aerospace group’s latest narrowbody has entered the market.

The E2 series of aircraft was born from the original E-jets program embarked upon by Embraer at the start of the new millennium. These were designed for the medium-range regional market and soon appeared capable of challenging Airbus’ A220 (previously known as the Bombardier CSeries).

The E-jets program was on its way to establishing itself as a world market competitor, but with the announcements of Airbus’ A320neo and Boeing’s 737-MAX, Embraer was pushed to re-develop its program. This led to the launch of its E2 ambitions in 2013 at the Paris Air Show as the second generation of the E-jets program.

The first of the series was the 190-E2 aircraft, and it received its type certificate in February of 2018 from American and European aviation authorities. Test reports show that the E2 delivered double-digit percentage reductions in fuel consumption and maintenance costs.

The 195-E2 aircraft was presented in 2017 at the Paris Airshow for the first time. It was designed accordingly to increase capacity and ensure reductions in fuel burn and maintenance cost, compared to the original 195. It offers an extended wingspan and runs on Pratt and Whitney PW1000G turbofan engines.

Embraer ensured that a high degree of commonality exists regarding the usage of parts across the E2 series, helping to reduce spare parts requirements. Coupled with identical crew qualifications, the training program for these aircraft is one of the simplest in the industry.

Which airlines have ordered 195-E2’s?

Although only one 195-E2 has been delivered – to Azul as the launch carrier – a substantial number are on order with production already in progress. There should be a sharp increase in deliveries, with Embraer’s production capability at around eight aircraft per month.

According to Embraer’s orders book, up to June this year a total of 124 aircraft have been ordered in the following breakdown:

This means that the 195-E2 is set to establish itself over the Americas, Africa, and Europe. Additionally, long-time partner KLM signed a letter of intent to purchase 35 of the aircraft, with delivery set to start in 2021. Since phasing out its Fokker aircraft in 2017, E-Jets have become the spine of KLM’s regional fleet, further solidifying the carrier’s status as the largest stockist of Embraer aircraft in Europe.

It can be expected that the list of airlines placing orders will grow. Although slightly less able in terms of range, the 195-E2 remains extremely competitive for running costs, fuel consumption and maintenance – ideal for medium-range regional operators. 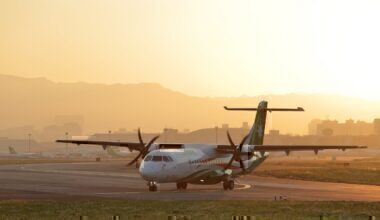 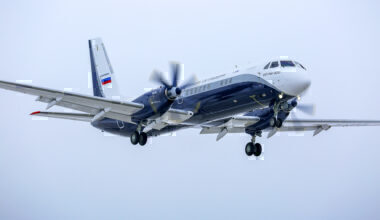 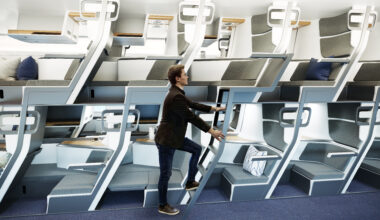 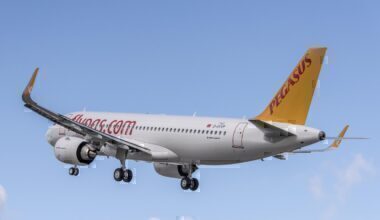