After 51 Years What Does The Future Hold For Embraer?

Embraer has celebrated 51 years from its founding on August 19th. While the airline’s 50th anniversary was during one of the best years in the aviation industry, the 51st year is not much to celebrate. But, the planemaker has plenty to look forward to. Here’s what Embraer has in store for in the future.

The E-2 series is the manufacturer’s latest and greatest jet project. An update to the highly successful E175 family of aircraft, the E2s have not been quite as successful in some respects.

E190-E2 operators love the aircraft. Helvetic Airways has done well with the family. Wideroe is a fan of the type, and plenty of airlines are still looking forward to taking on the aircraft type.

But, the E190-E2 and larger E195-E2 are not your typical regional jets. Helvetic Airways outfits its E190-E2s with 110 seats in a single-class configuration. This is a far cry from the well-known 70-76 seater E170 and E175s flying around in the United States. It puts the aircraft more on par with jets like the Boeing 717 and Airbus A220. Adding in a business class would likely push the seat count down to about 90-100 depending on how many business class seats a carrier wants. Still, this would not be too far off from the modern A220 jetliner.

Helvetic uses the E2 on some high-profile routes from its hub in Munich to major European destinations like Frankfurt, Munich, Luxembourg, Manchester, Birmingham, Stuttgart, and more.

However, the current crisis may move things in Embraer’s favor. The manufacturer has maintained a stable production program. With demand looking low for the next few years and the flexibility with the E2 program, Embraer could start to see some orders pour in. Embraer jets have been powering the industry’s recovery.

Getting the Embraer E175-E2 ready for service

The E175-E2 is the next generation of the very popular E175. However, where the E175 was highly successful in the US, the E175-E2 is not so much. The largest issue with the E175-E2 is scope. With the improvements Embraer made, including the new engines on the jet, the E175-E2 is too heavy and would violate scope clauses US airlines have with regional carriers. The manufacturer recently announced that the E175-E2 is delayed until 2023.

Embraer needs to help push the airlines to modify these scope clauses to make the E175-E2 available for regional airlines in the US to order. US airlines are already some of the largest customers and operators of the E175. There is not much Embraer can do other than highlighting the cost savings, better passenger experience, and greater possibilities with the E175-E2 for airlines compared to the current E175.

Embraer is working on a new turboprop. The manufacturer wants to use this project to build a partnership with another company to help reduce Embraer’s costs and potentially get a sales partner to help market the jet.

After a deal with Boeing fell through, the Brazilian planemaker is pushing forward with its own clean-sheet turboprop design. The last time Embraer made a commercial turboprop was at the end of the 20th-century when it made the Embraer EMB 120 Brasilia.

Inventing the next regional jet– or more?

Embraer’s niche right now is the regional jet market. While revamping and retooling existing aircraft models works out well in most cases, like the Airbus A320neo, Boeing 737 Next Generation, and Embraer E2 jet lineup, there comes a limit, as has been noted with the Boeing 737 MAX saga. There are benefits to a clean sheet, for sure, and benefits to a re-engined plane.

Embraer needs to start examining its options for the next set of jets for commercial use. The E2s are likely good through the 2030s, maybe even 2040s, depending on how orders play out. But, by the 2030s, Embraer needs to have at least started or made progress on its next generation of commercial regional jets.

By the 2030s, expect most airlines to continue to push forward with environmental sustainability. So, Embraer really needs to make fuel efficiency a primary goal with a new jet. Or else, the manufacturer could look at alternative fuels that may be available for aircraft at that time. One possibility could be ammonia.

Another option could be a revitalization of aircraft in the 50-seat market. The ERJ family of 30-50 seat jets is now out of commercial production. The manufacturer does make business aircraft that are similar in design and size to the ERJ family of planes, but it could be an option. Some type or family has to replace the aging CRJ200s and ERJ 135/140/145s, and Embraer could target some of those markets.

Embraer could also look at the regional jet market and decide that, while it is great, there is room for the manufacturer to at least attempt to break into the Airbus-Boeing duopoly with a new narrowbody that is in the more 150-180 seat market. That, however, is easier said than done.

One thing Embraer has going for it if it decides to enter into the 150-180 seat market is that it knows how to make commercial jets already, although it does not quite have the customer base that Airbus and Boeing do. Plus, both other manufacturers will also likely have their own new aircraft designs for the narrowbody market. Embraer has, however, made aircraft in that size in the military/defense aircraft division with its C-390 Millennium that is roughly the size of an Airbus A319 when looking at length and wingspan.

While a widebody would be fun to see out of Embraer, it is highly unlikely that Embraer would try and break into this market. Widebodies can be an expensive boondoggle, as Airbus has shown with its Airbus A380.

What do you think the future holds for Embraer? Let us know in the comments! 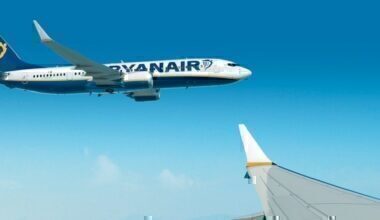 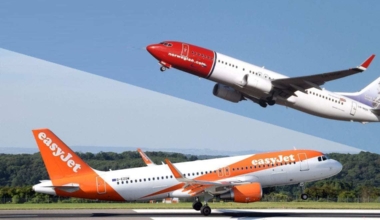 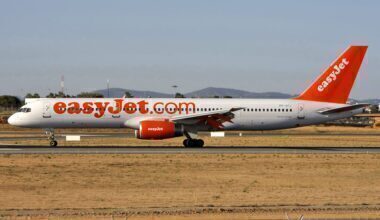 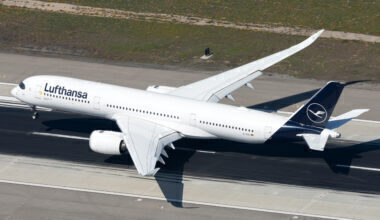 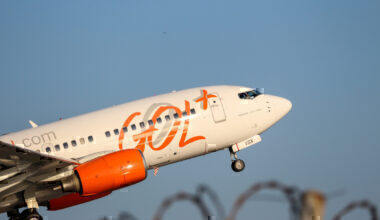