Emirates Backtracks On A380 Roll Out At Amsterdam Schiphol

Emirates appears to have temporarily backed down on its Airbus A380 roll out. The Dubai-based airline has removed the giant of the skies from its Amsterdam route for the time being. The carrier cited its decision as due to ensuring optimal commercial utilization of its fleet.

Emirates is one of just two carriers currently flying the Airbus A380 for scheduled passenger services. The other is China Southern, who never stopped flying the giant aircraft. However, in general, across the industry, four-engined aircraft such as the A340, A380, and Boeing 747 have been sidelined due to their relative inefficiency tied with high seat counts.

Emirates has opted for the Boeing 777 for flights to Amsterdam for the time being, despite having previously been using the Airbus A380. The United Arab Emirates airline resumed flights to Amsterdam on June 17th, according to FlightRadar24.com. A month and a half later, on August 1st, the A380 began to be used for the route.

With just two exceptions, the giant of the skies was used until August 15th, with the Boeing 777  returning to the route after this date. Commenting on the situation, an Emirates spokesperson told Simple Flying,

“Emirates can confirm it will temporarily operate a Boeing 777-300ER aircraft on flights EK147/EK148 between Dubai and Amsterdam instead of our current A380 service. This decision was made after a recent review of our operations, which was undertaken to ensure the optimal commercial utilisation of our aircraft fleet…”

Optimal commercial utilization of the aircraft fleet, while unconfirmed, most certainly means that demand on the route to Amsterdam was lower than anticipated. As such, there is no point scheduling a large aircraft when a smaller aircraft will do the job too.

According to SeatGuru, Emirates has three Airbus A380 configurations. Two with three classes seat between 489 and 517 passengers, while the two-class configuration seats 615.

The 777’s capacity is considerably smaller. The airline has several different layouts of the type, with its newest containing the airline’s best first-class suite. Currently, Emirates is flying the 777-300ER to Amsterdam. According to the airline, this is available with five different seating configurations ranging from 354-442 passengers.

Where is the Airbus A380 still flying?

If you’re sad to see the Airbus A380 removed from Emirates’ Amsterdam route, for the time being, there are other ways to fly on the giant of the skies. For starters, you could consider a quick hop across to either London Heathrow or Paris Charles De Gaulle.

The UAE carrier is still flying to both cities with the A380. Indeed, while passenger demand on the Amsterdam route may be lower than hoped, the airline is operating twice daily with the giant aircraft to London, showing the route’s demand.

Are you sad to see Emirates’ Airbus A380 roll out temporarily scaled back? Let us know what you think and why in the comments! 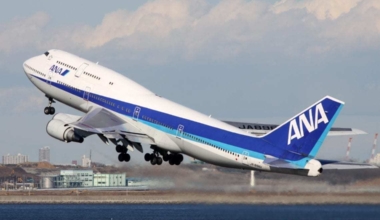 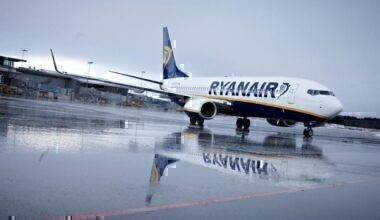 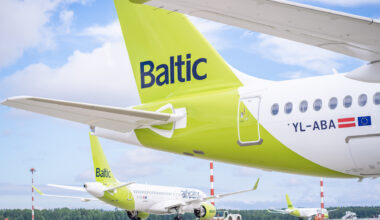