Emirates Flew An A380 From Frankfurt To Manchester Yesterday

Yesterday Emirates flew an Airbus A380 from Frankfurt to Manchester. While it may seem like a really bizarre flight, Emirates operated the flight for good reason. Due to storm Ciara, a couple of the airline’s Airbus A380 flights were displaced.

Storm Ciara wreaked havoc across the United Kingdom. In fact, according to the BBC, the storm has killed at least seven people so far across the continent. In the UK alone, gusts of wind up to 97 mph were detected. While this meant a new subsonic transatlantic speed record, it also meant that a number of flights ended up diverting from their intended destinations.

Why was the A380 in Frankfurt?

Flight EK17 is Emirates’ daily connection between Dubai and Manchester. On Sunday, the aircraft had flown all the way from Dubai to Manchester passing right over Frankfurt airport. However, after two attempts at landing in Manchester, the pilots called off the attempt altogether.

As a result, the pilots opted to divert to another airport where weather conditions were not quite as bad. In this case, that happens to be Frankfurt airport. An airport which the aircraft had already passed a couple of hours earlier.

Following the second attempt at landing in Manchester, the aircraft began to climb again as it headed towards Frankfurt. It finally touched down in Frankfurt at 1328 UTC, some two hours after the first landing attempt in Manchester. Thankfully, the first landing attempt in Frankfurt went without a hitch. However, this did mean that a number of passengers were stranded with the English Channel in between themselves and their intended destination.

At the time of the diversion, Emirates told Simple Flying that the aircraft would continue to Manchester the next day and that passengers would be placed in Frankfurt hotels overnight. The airline added:

“Emirates apologizes for any inconvenience caused but the safety of our passengers and crew is of the utmost importance”.

This is the reason that the United Arab Emirates flag carrier ended up operating a flight within Europe from Frankfurt to Manchester with the Airbus A380 yesterday. The flight initially got off to an eventful start, returning to the terminal. However, it eventually got airborne out of Frankfurt at 14:14.

Following a one hour 32 minute flight, the aircraft finally touched down in Manchester at 14:46 the day after its two unsuccessful landing attempts. As a result, the passengers on board the aircraft were delayed by around 27 hours in total. Since returning to Dubai around 14 hours ago, the aircraft, A6-EEA, has remained on the ground.

Were you onboard the diverted flights? Let us know your experiences in the comments! 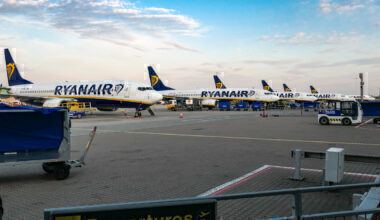 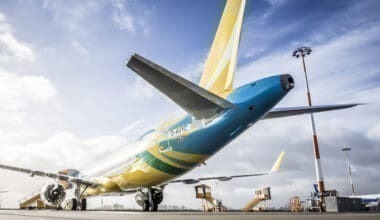 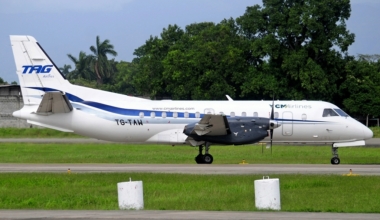 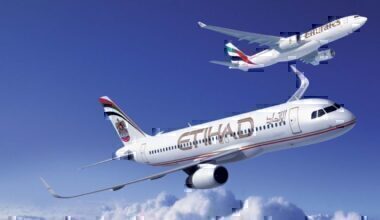 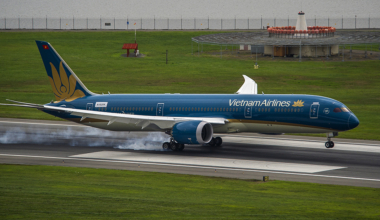