Dubai-based carrier Emirates today resumed scheduled Airbus A380 services to Manchester. Except for a one-off A380 flight a month ago ahead of England’s lockdown, the A380 hasn’t operated EK17 since March 24th.

While 2020 may have been the year of the preighter, it most certainly was not the year of the Airbus A380. The aircraft was already being retired by some carriers when the global passenger crisis grounded most of the world’s fleet. Since then, few airlines have been keen to return the aircraft to service quickly. However, Emirates has been resuming flights with the giant of the skies.

Today saw the grand return of scheduled services using the Airbus A380 to Manchester following just over eight months. Flight EK17 departed from Dubai’s main airport at 07:23. Following a six-hour 52-minute flight, cruising at 40,000 feet, the aircraft touched down in Manchester at 10:15.

After departing Dubai, the aircraft flew over the Persian Gulf before flying over Kuwait, Iraq, Turkey, Bulgaria, Romania, Hungary, Slovakia, Czechia, Germany, and The Netherlands before arriving in England.

Going forward, Emirates will operate ten weekly flights between Dubai and Manchester. Of these, six flights will be handled by the enormous Airbus A380. That means that Airbus A380 services will be operated daily, except Tuesdays. Emirates first began serving Manchester with an A380 just over ten years ago in September 2010. Manchester was the second airport to welcome the giant of the skies.

For Emirates, the United Kindom is a crucial market. Before the current situation, the airline was operating multiple daily flights to London, serving three airports, Heathrow, Gatwick, and Stansted. In total, the UK made up around a quarter of the airline’s capacity.

This has been reflected in the airline’s post-crisis ramp up. Indeed, alongside ten weekly services to Manchester, the airline is also flying to Glasgow, Birmingham, and Heathrow. At Heathrow, the airline is operating four flights in each direction with the Airbus A380.

Emirates has been handed a boon from the United Kingdom governments in the form of a travel corridor. This means that those visiting the UAE will be able to travel in both directions without quarantining. On arrival in the UAE, passengers will need to present a negative COVID-19 test certificate or take a negative test. Meanwhile, on arrival in the UK, passengers can do as they wish on arrival.

As the UAE is open for tourism, this could make it a desirable destination, especially for those wishing to escape the lockdown blues. For instance, they could visit the Dubai Miracle Garden, housing a giant floral Mickey Mouse, alongside an A380 made from half a million flowers.

Will you be booking a flight on the Emirates A380 between Manchester and Dubai? Let us know what you think and why in the comments! 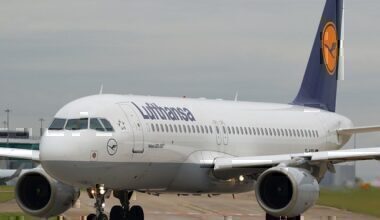