UAE carrier Emirates today revealed that roughly a third of its crew busses now run on biodiesel. The fuels, produced from used cooking oil, allow the airline to cut its emissions as part of its climate commitments.

Recently health and hygiene have become the highest priority for airlines, understandably, due to the global crisis. However, that hasn’t stopped UAE giant Emirates from focusing on its emissions and sustainability. While most airlines have been attacking emissions from an aircraft standpoint, such as Lufthansa, with its continuous descent trial, it is not just flying that generates CO2. Sizeable savings can be achieved through ground operations also.

Emirates has around 48 crew busses that transport pilots and cabin crew between their homes and the airport for work. Each month, these vehicles will drive approximately 700,000 kilometers. That’s equivalent to the distance of flying from Dubai to London Heathrow 127 times.

Now, it’s no secret that driving vehicles produce CO2, and with around 8.4 million kilometers being driven by Emirates’ crew vehicles each year, it adds up. However, one-third of the crew bus fleet is now running on biofuel.

Made from recycled cooking oil, biofuel still gives off CO2 emissions. However, using biofuel reduces greenhouse gasses and other pollutants. It is a great alternative, as diesel engines require no modification to switch from fossil fuels. Additionally, it is considered carbon-neutral, as growing the next batch will absorb CO2 from the atmosphere.

However, its other characteristics mean that it is also better for an engine, reducing maintenance costs in the long run. In total, Emirates reckons that it is saving 75,000kg of carbon dioxide each year just from this initiative.

Putting biofuel in crew busses isn’t the only initiative being pursued by Emirates on the ground. Airside, the airline is looking at electric vehicles. The airline is using electric busses at the airport to transport its crew between the terminal and the aircraft that they are working on.

The airline is also implementing electric vehicles in its engineering center. Across the hangars, workshops, material stores, and offices where maintenance is organized and performed, the airline uses over 200 electric vehicles. 130 of these are electric buggies, while 80 are vehicles such as forklifts.

Across the world, electricity is also being explored for aircraft movements. We recently covered the new initiative from WheelTug that will allow specific aircraft such as the Boeing 737 to be retrofitted with electric motors in the nosegear. This would allow aircraft to push back without the need for a fossil fuel-powered tug.

Meanwhile, Amsterdam’s Schiphol Airport mooted towing aircraft to the runway. This would mean that engine power wasn’t being used to move the aircraft during taxi, and thus, a portion of aircraft emissions could be avoided.

What do you make of Emirates’ biofuel-powered crew busses? Let us know your thoughts in the comments! 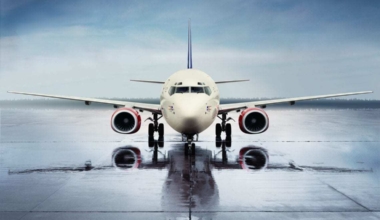 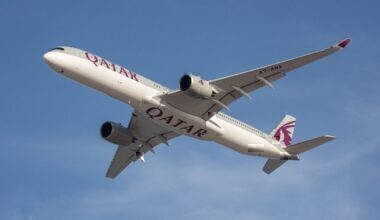 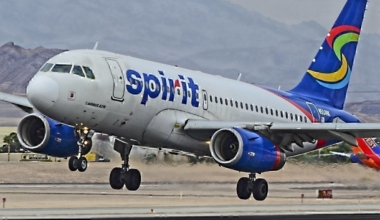 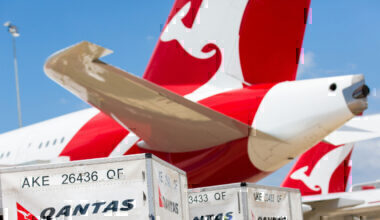