Like many other airlines around the world, Emirates is looking to reduce the size of its workforce in order to reduce its cash burn. Sources report that staff on probation received letters yesterday informing them that their contracts would be terminated in this month. While we haven’t heard too much from the Dubai-based airline regarding layoffs, this most recent news of job losses was almost inevitable, given the current situation.

According to the Financial Times, an airline review of business operations has concluded that redundancies (layoffs) are necessary. A statement by the airline said the following:

“We unfortunately have to say goodbye to a few of the wonderful people that worked with us…Where we are forced to take tough decisions, we will treat people with fairness and respect.”

It was reported that staff currently on probation had been given letters informing them that their contracts would be terminated in June, with the exact date unspecified. Also unspecified was the number of workers being cut from the airline. Emirates employs about 60,000 people – some of whom are currently on unpaid leave.

Emirates, the airline, won’t be the only part of the larger Emirates Group affected. In fact, it’s been reported that the group’s ground-handling and catering division, Dnata, has also begun to reduce the size of its workforce.

An exodus out of Dubai?

Anyone familiar with the Middle East will know that a large portion of the region’s population is comprised of foreign migrant workers, also known as ex-pats. Whether you look at Saudi Arabia, Kuwait, Qatar, or the UAE – foreigners are a significant part of the workforce. According to Global Media Insight, statistics published in 2018 show that the ex-pat subsection of the UAE accounts for nearly 90 percent of the country’s population.

It’s likely that Emirates Group and the airline does not deviate too far from this distribution. Therefore, any layoffs would likely equate to a significant life-change for those affected. Furthermore, as employment is so tightly tied to one’s ability to stay in a foreign country, we may see a mass exodus from Dubai, as those laid off make their way home to their respective countries of official nationality.

Indeed, this could be a phenomenon across the entire Gulf region with job cuts in several other countries affecting more than just the air travel sector.

In fact, nearby Kuwait Airways announced several days ago that it would be cutting up to 1,500 jobs. This amounts to 25% of its workforce of 6,000 employees. While the airline has not specified which departments or roles are being considered, it did clarify that Kuwaiti citizens would not be affected.

Simple Flying reached out to Emirates directly for comment. However, no response was received before publication. 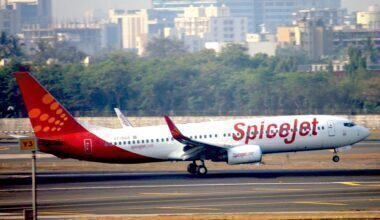