Emirates May Switch Some 777X Orders To The Smaller 787

Boeing’s largest customer for its 777X aircraft could be getting cold feet. Emirates, with orders in for 115 of the plane, is reportedly mulling swapping out up to 45 in favor of the smaller 787 Dreamliner. It’s not the first time this rumor has appeared, and could be a significant blow to the US manufacturer’s flagship program.

Emirates mulls a switch to the Dreamliner

Boeing’s most important customer for its flagship 777X aircraft is allegedly weighing its options, and could reduce its order book by as much as a third. As reported in Bloomberg today, an anonymous source has said that it could swap the large planes out in favor of the smaller 787 Dreamliner.

Specifically, the individual told the publication that between 30 and 45 of its existing 115 commitments for the aircraft could be dropped. It’s not the first time this move has been mooted, with talks back in 2019 of deferrals and possible swaps to smaller aircraft.

Emirates is Boeing’s biggest customer for the type, having ordered 150 777X back in 2013. At the time, the order was hailed as the single largest aircraft order by value – it was worth $76 billion at the time. However, six years later, Emirates reduced the order by 24 aircraft, swapping them out for 30 of the 787 Dreamliner.

Nevertheless, Emirates remains the largest customer for the 777X, with the second-largest, Qatar Airways, a way behind with its order for 60 planes. No other customer has ordered more than 25 of the type.

Boeing’s new flagship aircraft, the 777X, has not had the easiest start to life. Issues with the giant GE9X engines were followed by a fuselage rupture during a routine pressure test. All this led o a later than anticipated first flight for the type, with the plane finally taking off in January last year, just in time for COVID to throw an additional spanner in the works.

As such, it didn’t come as a complete surprise when rumors began to fly regarding the timeline for the aircraft’s arrival with airlines. Initially anticipated in late 2020, the timeline slipped to 2022. Now, Boeing has confirmed in its most recent earnings report that it is planning for first deliveries in 2023. There is still some speculation regarding whether or not this could still slip further.

Whether this is playing a part in Emirates’ thinking is unknown, but the delay is unlikely to be too much of an influencing factor. After all, the airline has a sizeable fleet of A380s still on the ground, so when it needs more high capacity aircraft, it has plenty to call upon.

More pressing, however, is the airline’s vision for a post-pandemic industry. For many years, the airline has been an exclusively A380 and 777 operator, betting big on its hub and spoke operations to fill up the planes. With traffic predicted to be sluggish for some years to come, not to mention the general move away from hub and spoke, a smaller, more nimble aircraft would allow Emirates to operate more routes economically. 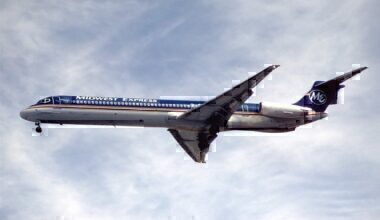 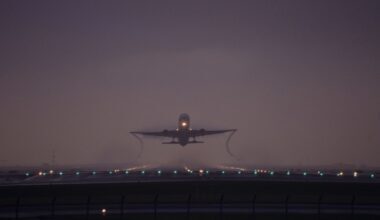 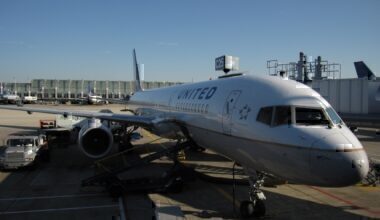 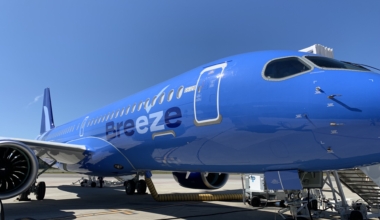 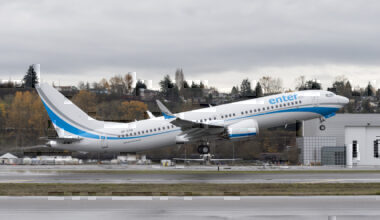