Emirates’ President Thoughts On The Future Of The A380

Despite the global fleet of A380s shrinking significantly over the past year, one airline stands by its huge fleet of superjumbos. Emirates’ president Sir Tim Clark spoke warmly about the aircraft in an interview with Simple Flying, noting that it still makes sense on many routes, and was historically its most profitable aircraft.

The A380 remains key to Emirates

While other airlines have been abandoning their A380s, Emirates has stood by its large fleet of giant jumbos. Although their return to service is a slow process, the airline remains confident that all the fleet will fly again.

Speaking exclusively with Simple Flying, Emirates’ president Sir Tim Clark noted his love of the superjumbo, and its solid future with the airline, saying,

While older models may see some retirements, Emirates is still taking delivery of newer members of its A380 family. The A380 launched the airline’s new premium economy product, and has assured its place in the fleet for many years to come. Sir Tim noted just how valuable and popular the aircraft is,

With a new class to offer alongside the typical three classes on board, there’s yet another route to securing additional revenue with these big beasts.

Sir Tim noted that, while other airlines have struggled with the size of the A380, Emirates has found a way to make it work. While some airlines will put smaller aircraft on routes in favor of operating the service more frequently, others will use their largest aircraft for less frequent services, leaning towards a high capacity strategy instead.

The beauty of Emirates in the way it uses the A380 is that it does both. The UK is Emirates’ top destination, with five UK airports regularly seeing the A380 arriving. Simple Flying analysis showed that Heathrow was Emirates’ number one A380 destination worldwide, with more than 18 million scheduled two way seats over the past decade.

This has been instrumental to the A380s success, allowing Emirates to not just provide the capacity to its hub from the busy, slot-restricted airport, but also at a frequency that means there’s always an A380 leaving Heathrow. Sir Tim noted,

Other slot controlled airports including JFK, Paris CDG, Hong Kong and Sydney also made it into the top 10 A380 historical routes. Even this summer, with the market as uncertain as it is, Emirates will use the A380 on 20 routes, with Heathrow still the number one most served destination.

A trend that has become apparent over the course of 2020 is that two engines are good, four engines bad. So why is Emirates still sticking with its quadjet strategy while all other airlines are stripping their fleets of their four engined birds?

Sir Tim believes that the economics of the A380 work well despite its multiple engines, thanks to the high capacity it is able to deliver. Right now, another aspect that is helping the A380’s profitability is the currently low price of jet fuel. Sir Tim believes that is something that will continue in the short term at least, saying,

“Fuel at the moment is priced at a level that makes [the A380] even more viable, more profitable for us.”

Although the A380 is set to be a firm fixture in the Emirates fleet for some time to come, the airline is still keen to keep a young fleet flying. To date, only one A380 has seen its retirement from the Emirates fleet, despite several models now well over 12 years old.

The airline wants to retire some of these older aircraft, and had plans in place to begin refreshing the fleet as the 777X arrived. But with the 777X program facing delays, Sir Tim noted that the airline has been forced to hold on to some A380s for longer than it perhaps wanted to. He said,

“When the 777-9 came along we were able to start growing the capacity and growing the network as well as taking some of the older 380s out as they were obviously coming up to their retirement age. All of that has been shifted to the right, but we actually don’t know by how much at this stage. This is vexing us a little bit in terms of cash management, etc.…”

Nevertheless, the A380 remains a valuable tool for Emirates’ operating model, and will be flying with the Middle East airline for many years to come. 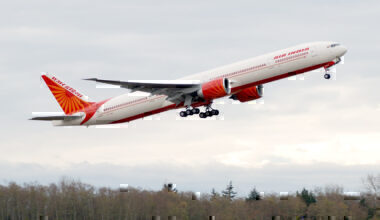 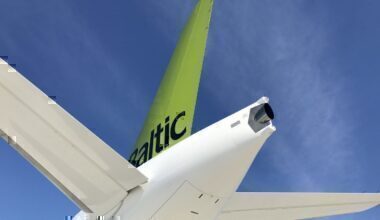 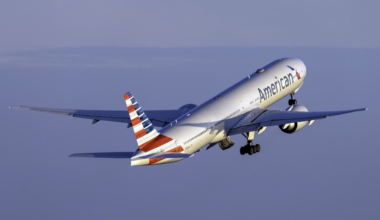 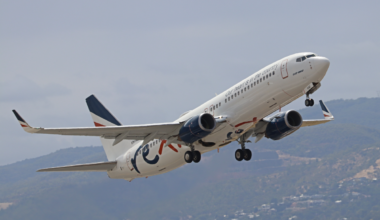