Video: How Emirates Applies A Special Airbus A380 Livery

Emirates is no stranger to a special livery, especially when it comes to the giant of the skies, the Airbus A380. But just how does the UAE flag carrier apply its elaborate liveries to such a large aircraft? The airline spilled the beans earlier today by uploading a timelapse of its latest creation.

There are two ways to apply liveries to an aircraft. If it’s brand new or you want to keep the livery for a long time, it will typically be painted on, as was the case with ANA’s Airbus A380s. However, if you just want a short-term livery or a minor alteration, applying a vinyl wrap to the aircraft makes more sense.

On Monday, Simple Flying reported that Emirates was applying a series of special liveries on both the Airbus A380 and the Boeing 777. The livery was first seen on an Airbus A380 earlier this week, and now Emirates has given us a peek at how the livery was applied,

The airline takes a clean aircraft and rolls it into the maintenance hangar. Using platforms mounted to the ceiling, the airline carefully places a series of vinyl strips along the aircraft’s fuselage. The strips are laid over the original livery, meaning that it can easily be recalled when needed.

Like applying a screen protector to your phone, any bubbles that may be under the vinyl are carefully worked out, then the vinyl’s protective layer is pulled off. Lastly, Emirates also carefully cuts out holes in the place of windows, doors, and other necessary areas. Once the process is complete, the airline takes the aircraft out of the hangar to allow it to return to service.

According to Emirates, the process takes three days on average, with 14 employees required to get the job done.

Already circulating around the network

A6-EVG last flew in its regular Emirates livery on August 8th with a flight from Cairo to Dubai. The aircraft was then out of action for a week until it returned on Sunday with a flight to Frankfurt. On Monday, the aircraft flew to Cairo again. Tuesday and today, it was out of action, but tomorrow it is due to fly Washington Dulles Airport, according to RadarBox.com.

While Emirates initially kept its premium economy product confined to the single route to London Heathrow, it seems as though the UAE carrier is keen to get its new livery seen by as many as possible. The livery is intended to signify 50 years since the United Arab Emirates was founded, which falls in December. After this, the airline will remove the vinyl to unveil the usual livery hiding below.

Did you realize what went into applying Emirates’ special liveries? Let us know what you think and why in the comments! 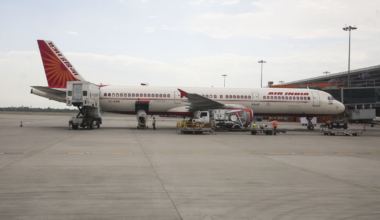 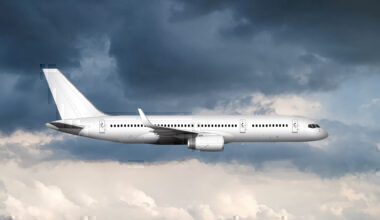